The state of Arkansas features some pretty awesome marijuana cultivars for its medicla marijuana program. One I am especially fond of is Acid OG, or more familiarly, just “Acid,” though I think Timothy Leary might have had something pithy to say about that!

Acid OG’s origins remain a bit murky. Most sites claim it is an Indica-Dominant, not-for-beginners hybrid descendant of NYC Sour Diesel, owing to its gassy aroma and taste. In fact, one reviewer states it has “a heavy gas and cottage cheese scent.” I agree with the cheese aspect, though perhaps it is more Swiss in taste to me, with an underlying taste has a subtle metallic flavor. So, If you are choosing marijuana for mainly the taste, then this bud is probably not for you, though some actually enjoy the taste.

If however, you are looking for a euphoric, cerebral high accompanied by a general state of relaxation, then this hybrid weed is for you. In fact, the high from Acid OG borders on psychedelic, depending on the amount you smoke, much like Peyote Cookies.

There is, however, a strong medicinal component to this strain. Many people report using it to lift them out of anxiety or depression, while others recommend it for relieving body pain. One reviewer specifically stated, “I suffer from PTSD and this strain is incredible for my anxiety. It turns everything into the giggles.” I concur with that statement. There is a lightness to this strain that seems to vanquish worries and make your stresses fade away. This is primarily a day-time strain, regardless of its hybrid origins.

Acid OG will, if you are anything like me, give you heavy-duty munchies. Because of this, I am going to recommend something that will stick to your ribs. And as long as your ganj is OG, your food should be as well! That’s why I’m going with Stouffer’s French Bread Pizza Pepperoni Pizza. I mean, really, why mess with success. Stouffer’s has been feeding hungry stoners and non-stoners alike with this delectable snack, nay, meal, for more than 40 years, so they are definitely doing something right.

To begin with, the crust is French bread, so if you bake it in the oven (okay, I know it’s asking a lot when you are high, but give it the old college, or high-school, or middle-school try), it comes out extra crispy, which means you get the added bonus of hearing that crunchy soundscape reverberate through your head, head, head, head, head. . . It’s psychedelic pizza, okay?

And let’s be real, bake both of them, because you are going to want to eat both of them. It will make you happy!

Alright, it’s time for some badass music, a subgenre of rock n’ roll  I am sure you are aware of, my most informed friend. And let’s just continue with the old school theme, shall we chum? I don’t know how the English vibe slipped in there, it just did. But as long as we’re going down Abbey Road territory, (a terrible segue, admittedly), let’s check out Cream’s Disraeli Gears, considered the British psychedelic rock group’s best album by many, including, me.

This band has it all: Eric Claptons’ soaring, trippy, bluesy guitar riffs, Ginger Baker’s chaotic, yet hypnotic drumming, and Jack Bruce’s incomparable bass, piano, vocals, and even harmonica, which adds another layer of chromatic pleasure and creativity. Standout tracks include Strange Brew, Outside Woman Blues, and Sunshine of Your Love, which I dare you not to sing along with during the chorus. I only do that semi-karaoke thing when I am by my self. I’m that bad, even when high. Ho hum.

And if you like a turn of phrase, check this out from the song Tales of Brave Ulysses:

“You thought the leaden winter would bring you down forever, but you rode upon a steamer to the violence of the sun. And the colours of the sea bind your eyes with trembling mermaids, and you touch the distant beaches with tales of brave Ulysses, how his naked ears were tortured by the sirens sweetly singing, for the sparkling waves are calling you to kiss their white laced lips”

This album is a classic, a true OG for a reason–because it rocks, so give it a good listen. 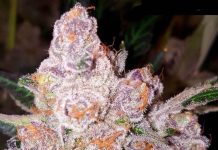 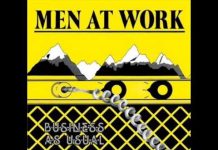 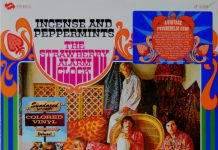 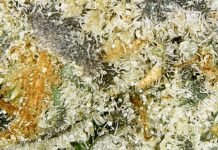 How About A Nice Miami Punch? Weed, Rap, and Salsa, a Perfect Combo