In today’s entitled society, its hard to hold anyone accountable for anything. It seems that screaming a few choice buzzwords can get you off the hook no matter the crime. How do we teach our children and each other responsibility without accountability?

The answer is that we can’t as evidenced in Loudoun County, Virginia. The Loudoun County Public School System (LCPS) just passed Policy 8040 in August. It is the Rights of Transgender and Gender-Expansive Students policy.

The policy specifically states that LCPS staff “shall allow gender-expansive or transgender students to use their chosen name and gender pronouns that reflect their consistently asserted gender identity without any substantiating evidence, regardless of the name and gender recorded in the student’s permanent educational record.”

In keeping with this policy students will also be permitted to use the school restroom or locker room “that corresponds to their consistently asserted gender identity.” These policies were passed and made official by LCPS in August of this year.

Loudoun County school board members and superintendent Scott Ziegler claim these new policies are necessary to support diversity and inclusion within the school system. They fall right in line with Critical Race Theory (CRT) and other left wing agenda policies which many parents strongly oppose.

The biggest issue not only rests with the controversial policy itself, but in the way it was passed by the LCPS system. Amid heated debate and avid protests by involved parents who do not believe these policies will improve education, the school board allegedly covered an assault to ram them through.

Parents claim these policies create confusion and expose students to unnecessary risk. Unfortunately, LCPS system is moving full steam ahead with wanton disregard of the consequences. These policies do create issues which should be addressed.

For instance, rather than offering gender inclusive restrooms for such students LCPS administrators are simply allowing transgender students to choose which facilities they feel like using. Proponents argue that there are no risks involved with the current system

I submit that there are always people who will take advantage. One such person may be a 14-year-old boy who identifies as gender fluid, and he has already used the new policy to claim two victims. This student’s gender expression or identity changes from day to day, depending on how he feels.

He may identify as female one day, wearing a skirt and using the girls’ bathroom. Another day he may identify as male. Those are that student’s choices, and it was those choices that seemingly created the opportunity for him to harm other students.

Back in May, a young girl was reportedly assaulted in the girls’ bathroom at Stonebridge High School by a boy wearing a skirt. The incident was reported to staff and the resource officer called the girl’s father, Scott Smith.

Upon arrival at the school, Mr. Smith was told that the incident would be handled ‘internally’ and if he wanted justice for his daughter, he had to be quiet and let the system work. Scott became angry that the police were not involved and called the principle a derogatory name.

The spineless principal who refused to stand up for a young student who had just been raped decided to call the police on Mr. Smith because he felt threatened. Luckily Mr. Smith and his daughter ended up at the hospital where a rape kit confirmed the assault, and an investigation was opened by police.

Meantime, back in the Batcave….the 14-year-old assailant was quietly transferred to another Loudoun County school 2.5 miles away. The following month, in June, Scott Smith attended a LCPS board meeting in hopes of telling his daughter’s story.

He had heard they were thinking of passing Policy 8040 and had legitimate concerns. Rather than listening to him, the school board wanted him to leave. He wouldn’t go quietly, so they had him arrested.

He was tackled to the ground by multiple officers obviously using unnecessary force. His face was bloodied, his clothes were ripped, and he was dragged out of the meeting to jail. There were no public protests about the way this loving father of a raped girl was treated by police.

Cover Up Led to 2nd Assault

The distraught father was charged with resisting arrest and disorderly conduct in addition to being publicly berated and barred from future school board meetings. The district attorney personally argued for jail time and had him labeled a domestic terrorist.

While the Smith family was helping their daughter heal and fighting costly extreme leftist prosecution, the LCPS system quietly pushed through Policy 8040. They congratulated themselves on getting Smith banned and went on with their agenda.

Somehow Superintendent Ziegler thinks that transgender students can’t be predators like regular boys and girls. That doesn’t even make sense! To make matters worse, he’s very public about his opinion because he really thinks he’s right.

Not surprisingly, the same 14-year-old boy was later arrested a second time for an assault on another girl. This time he was charged with sexual battery and abduction. The worst part is that both assaults were completely avoidable with a little common sense.

Neither young girl had to endure the terrible traumatic event that likely altered the course of their lives. The LCPS administration who was charged with educating these young girls put them in harms way and then turned a blind eye to their demise.

Rather than apologizing and trying to prevent future assaults on students, they are vilifying the victim’s father and other parents who oppose their asinine agenda. They label concerned parents as homophobes or domestic terrorists instead of taking accountability for their own actions. 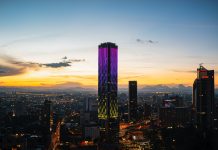