The Colombian government announced that the FBI will have a significant role in the Colombian presidential election next year, as it will help the country’s national police to prevent any type of hack in the electoral system.

In a televised address, the chief of Colombia’s National Registration Alexander Vega said that this institution will work along with the police and the FBI to guarantee the electoral system’s effectiveness. He added this is necessary considering the threat of cybercriminals, following a report by the Colombian intelligence which pointed out that the South American nation might be a target during the presidential election.

In a separate statement, Colombian minister of internal affairs Daniel Palacios explained this is a necessary step in order to prevent any type of fraud in the electoral process. He also explained this would reinforce democracy in the South American nation as it will ensure that not a single Colombian vote will be manipulated.

A move that could prevent an even worse political crisis.

Naturally, the government of President Ivan Duque is making this move considering some controversial situations that many countries in Latin American have experienced. After all, fraudulent elections have been taking place in Venezuela, El Salvador, Bolivia, Mexico, and even Colombia.

On the other hand, the Colombian government announced this cooperation with the FBI in order to prevent false claims of possible fraud. Taking this action is quite important to protect democracy, considering that having a candidate claiming that the election was rigged is a strategy that will only exacerbate the worse types of emotions among the voters and will eventually evolve into a political crisis. 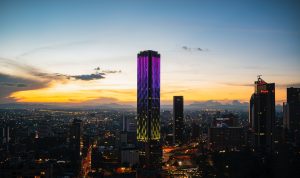 The reason why is important to prevent this situation from happening is the polarization that Colombia has been experiencing over the last few years. After all, since the rise of former president Alvaro Uribe, the country is divided in the Uribistas, who are those who support him, and the anti-uribistas, who are those that despise him.

While the first group says that the center-right leader saved Colombian from falling in a void of economic mayhem and extreme criminality, the second group claims that Uribe committed the worst type of excesses and human rights violations during his presidency.

The main candidates for the presidential election.

To this day, the political candidate that many polls suggest is the favorite to become the new Colombian president is left-wing populist Gustavo Petro. He is part of the political party Colombia Humana, which many analysts have described as an extremist party, similar to the one of Socialist Peruvian President Pedro Castillo.

Another important candidate of the left-wing or anti-uribista coalition is Sergio Fajardo, who has claimed to be the middle-ground between the “two Colombian extremist factions”.  The former Major of Medellin is currently trying to get become the main figure of the centrist faction of Colombia’s political spectrum, competing against the new candidate Alejandro Gaviria, who used to be the rector of the University of Los Andes.

In the Uribista side, everything will be decided once Uribe selects his candidate. After all, he still has enough political influence to make his political base vote the person he wants.

However, one of the political figures that could be the chosen one is Federico Gutierrez, who also used to be the former Major of Medellin. Many believe he could be Uribistas’ candidate since he can grab a lot of votes from the center and the left given his moderate stance on many issues.

On the other hand, another figure that could become Uribistas’ candidate for next year’s presidential election is Maria Fernanda Cabal. She’s known for being one of the most radical Uribistas in the country, with a hardline stance against criminality and the peace deal signed by the Colombian government and the Marxist guerrilla group FARC in 2016.