According to an Insight crime report, some of the most powerful Venezuelan drug cartels and so-called “megabands” have created community organizations and foundations to have more control of the slums and territories where they operate. We’re talking about a pretty concerning case, considering that this situation shows the way these criminal groups are not only increasing their power but enhancing their methods.

The media outlet has been reporting on Venezuela’s crime since a couple of years ago, when the link between some of the most powerful criminal organizations in the South American nation and the Nicolas Maduro regime was already impossible to overlook.

Apparently, one of the most efficient strategies they are using to gain more control is by using these organizations and foundations to make donations and provide medicines and food to the people who live in those zones.

Basically, this is the typical case where instead of winning hearts and minds, these Venezuelan criminal organizations are actually winning hearts and stomachs. Of course, the endgame of this strategy is not only to increase their control of the zones they operate but also to win the loyalty of the regular people who live there. These are the same tactics that many guerrilla groups in Africa have been implementing.

These criminal bands have managed to make this happen because of the extreme poverty that Venezuela is suffering and the lack of state presence in some of the most populous slums across the nation. The first element is quite important not only because these groups can create a dependency between the regular population that lives in their zones and themselves, but also because criminal bands tend to get many of their so-called “soldiers” from the poorest communities.

On the other hand, the lack of state presence also plays a major role because this is the main reason why these types of criminal bands can exist in certain ones in the first place. Of course, far from being an exclusive reality that Venezuela lives, this horrible phenomenon has been existing in many nations across Latin America over the last few decades.

The Insight Crime report also explains that other control strategies that these criminal bands have been implementing include restricting food access, mutilations and even massacres. Unfortunately, this Modus Operandi has been quite common in Venezuela over the last few years.

In fact, there are different slums in capital Caracas where the groups that control it even kill people who dare to denounce their crimes. Naturally, this is probably the worst reality that those who live in these zones have to face: the fact that a gang controls the zone where you live, knowing that you can’t do anything about it. 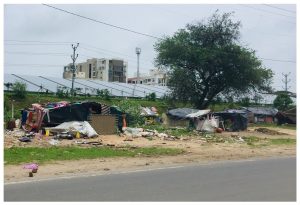 Some of the most important criminal bands and gang leaders that decided to create these community organizations include El Tren de Aragua, gang leader Carlos Enrique Gomez El Conejo, Organizacion R and even the Barrancas sindicate.

This is a pretty significant situation considering that we’re talking about some of the most powerful and dangerous drug cartels and criminal organizations not only in Venezuela but also in Latin America. Moreover, it raises the question of whether there’s any type of involvement from the Venezuelan regime or not. This is scenario is quite possible considering that one of the most horrible actions ever made by chavismo was to have colluded with some of the worst gangs. The deal was for them to make these zones fully “chavistas”, and the Venezuelan regime would allow them to operate freely.

In any case, what seems to be an undeniable fact is that the worst gang leaders and criminal bands in Venezuela are getting stronger than ever. And nothing seems to be able to stop them. 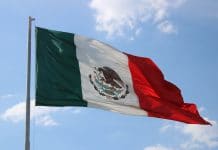