International Criminal Court (ICC) prosecutor Karim Khan announced that the international tribunal will formally open an investigation into possible crimes against humanity committed by the Venezuelan regime. This decision represents the first time in history that the ICC decides to conduct this type of probe against any government or dictatorship in Latin America.

This decision comes after a series of preliminary examinations conducted by the United Nations High Commissioner for Human Rights Michelle Bachelet. Her reports about the situation in Venezuela determined that the socialist regime of dictator Nicolas Maduro has committed different violent acts such as torture and homicide against members of Venezuela’s armed forces and the Venezuelan civil population.

Bachelet’s reports revealed that many of these operations are conducted by the pro-regime paramilitary force, also known as “Colectivos.” In addition, some of these operations against members of the armed forces that express any kind of criticism against the regime and members of the civil population that are part of the opposition are conducted by a death squad known as FAES.

To this day, nearly 10,000 people have been killed in these operations. Many believe the real number could be considerably higher considering that these investigations started since Maduro got into power and doesn’t count the period of former dictator Hugo Chávez.

The stance of ICC’s Khan.

According to a copy of a memorandum of understanding signed by Maduro and ICC’s Khan, the international tribunal’s prosecutor has formally “determined that he will proceed to open an investigation to establish the truth.” The declaration represented a significant surprise for many on social media since the memorandum in question made many people think that the ICC wouldn’t open the investigation against Caracas. 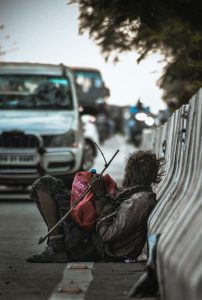 Following the signing of the memorandum between ICC’s Khan and Maduro, the prosecutor said during a press conference transmitted on Venezuelan state television VTV that “The preliminary examination that opened in 2018 is nothing more than a filtering stage as we move into this new stage.”

Moreover, Khan explained that the ICC will show its independence in the investigation against the Venezuelan regime, pointing out that far from being biased, the investigation will be fully transparent and won’t be politicized in any single manner. The international tribunal, which is known all around the world for prosecuting war crimes, can only step in if a government is unwilling or unable to prosecute these types of crimes in its jurisdiction.

Other opinions about ICC’s decision.

On his Twitter account, Venezuela’s opposition leader Juan Guaido cheered the decision of opening a formal investigation against the Maduro regime, claiming that “many crimes have been committed against innocent people. Venezuela needs full justice as soon as possible. It’s incredible the amount of violence that the regime has committed against so many Venezuelans.”

On the other hand, Maduro said in a press conference in Caracas that while he told Khan he respected his decision and promised to cooperate in the best way possible, he didn’t respect it. “We respect his decision as a state, though we have made clear we do not share it. We have signed an agreement that does guarantee, in an effective way, cooperation, positive complementarity, mutual support, constructive dialogue to seek truth and justice,” Maduro told reporters.

In addition to Maduro and Guaido, prominent members of advocacy and human rights organizations also expressed their opinions about the ICC’s decision on Venezuela. The most relevant was the one of director of Human Rights Watch’s Americas division Jose Miguel Vivanco, who wrote on his Twitter account that the decision of investigating the Venezuelan regime gives hope to the victims.

“This decision (…) gives hope of justice to the hundreds of victims of the brutal repression by the Maduro regime,” Vivanco wrote on his Twitter.