Recent reports from Spanish media outlet OK Diario revealed that Venezuelan regime’s former intelligence chief Hugo Carvajal provided new documents to Spanish authorities to avoid extradition to the United States. Allegedly, these documents would reveal that the Venezuelan regime gave millions of dollars to different LATAM leaders during their time as presidential candidates and during their presidencies.

These documents could create a political storm in Argentina.

The possibility that the Venezuelan regime helped Kirchner and his widow Fernandez to reach power might create a political storm in Argentina, considering the corruption scandals that always surrounded both Peronists leaders.

In addition, there have been many investigations from different independent media outlets suggesting that former Venezuelan dictator Hugo Chavez gave millions of dollars to the former marriage. However, both Kirchner and Fernandez have constantly denied these accusations, claiming these were made to destabilize their governments. 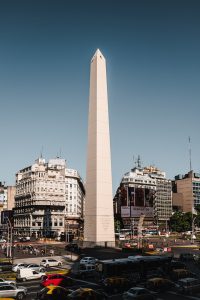 Of course, this situation could represent a major issue for Argentina’s current President Alberto Fernandez considering that Cristina Fernandez is currently his Vice President, and the person who most political analysts in the country describe as the real power behind the throne. After all, Argentina is about to celebrate a legislative election where right-wing political parties are the main favorites to get the vast majority of the Congress and Senate seats following the president’s debacle in different polls.

Lula da Silva could be one of the most affected LATAM leaders.

Lula da Silva’s case is probably one of the most damaging for the different LATAM leaders that allegedly appear in Carvajal’s documents. This is because Brazilian right-wing parties have always claimed that the leftist leader benefited from the money of the worst dictatorship in South American history, representing a narrative that gave so many benefits that many believe this is one of the elements that explain President Jair Bolsonaro’s rise.

In addition to this detail, the news about Carvajal’s documents comes in the worst moment for Lula since he’s currently preparing his candidacy for the upcoming presidential elections. In fact, the most important polls in Brazil show he’s the absolute favorite to win these elections and be the country’s president once again.

Given this situation, Carvajal’s documents might affect his popularity considering that the Venezuelan regime has sunk this country in such an unprecedented crisis that even Lula now criticizes Maduro. Of course, this controversy plays in favor of President Bolsonaro and his aspirations of getting reelected.

Petro’s chances of getting elected might also get hurt.

The situation of Colombian radical left-wing candidate Gustavo Petro is quite similar to Lula’s. After all, we’re talking about the absolute favorite to win next year’s presidential elections, despite the different scandals that the former guerilla member have been dealing with over the last few years. However, many believe this case might be different considering the huge unpopularity that the Venezuelan regime has among the vast majority of Colombians.

This way, the alleged confirmation that the Venezuelan regime has been behind Petro’s rise in Colombia might severely affect his chances of getting elected. This would represent an unexpected opportunity for Colombia’s right-wing to maintain power, despite the way uribismo’s popularity has been declining over the last few months. 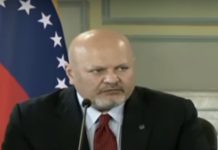 ICC opens investigation against Venezuelan regime for crimes against humanity.