A couple of days ago, a major controversy erupted at the CELAC conference celebrated in Mexico, as the government of President Andres Manuel Lopez Obrador accepted the presence of the Venezuelan regime. All of this, despite the fact that the left-wing dictatorship has been formally accused by the United States of narco-terrorism, with dictator Nicolas Maduro having a bounty of 15 million dollars.

While some Latin American presidents who were part of the event refused to make any comment about Maduro’s presence, some others actually stood against him and publicly said they didn’t recognize him as the legitimate president of the South American nation.

This was the case of Uruguayan President Luis Lacalle Pou and Paraguayan President Mario Abdo, who blasted Maduro and his socialist regime as well as the dictatorships of Cuba and Nicaragua.

“When you watch how some countries don’t have a full democracy, when the separation of powers is not fully respected, when the state uses the repressive apparatus to shut protests down, when the opposition is incarcerated, when human rights are not respected… we must say that we see with deep concerns what is happening in Cuba, Nicaragua and Venezuela,” President Lacalle said during the CELAC conference.

On the other hand, President Abdo criticized the three dictatorships, claiming that Cuba and Nicaragua were oppressing their own people, and that it was a “disgrace” that so many governments are willing to look the other way. When talking about Maduro and the Venezuelan regime, President Abdo said “I want to make clear that my presence in this event doesn’t mean I recognize the government of Mr. Maduro.”

Defending its decision of accepting the presence of Maduro, the Mexican government shields itself in the historic Estrada Doctrine, which basically states that the recognition of every government around the world is based on its de facto existence. This means that the Mexican government won’t be involved in any sort of geopolitical issue unless it directly affects the country.

While many believe this is more than enough to justify the Mexican government’s stance, the truth is the Palacio Nacional has shown an active stance on different world conflicts throughout history. In fact, one of the most important was its involvement in El Salvador’s peace deal, where Mexico played a significant role in ending the Salvadoran war. 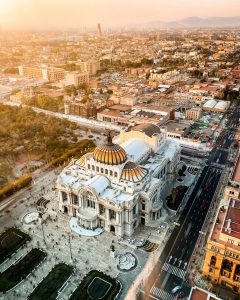 Given this important antecedent, the truth is that the Mexican government accepts the presence of Venezuela because of the simple fact that it has become one of its main partners during the administration of President Lopez Obrador. After all, there have been different situations over the last few months where the Palacio Nacional have defended Maduro, and even refused to condemn his human rights violations.

Many governments are starting to tolerate Maduro.

The fact that the Mexican government decided to accept Maduro’s presence at the CELAC conference only shows a pretty grim reality: the fact that many governments in Latin America are willing to cohabitate or support the Venezuelan regime.

The reasons that explain this situation are two. On the one hand, is the way so many governments in the region are tired of having a hardline stance against Caracas and not seeing any tangible sign of regime change in the South American country. On the other hand, it has a lot to do with the way so many left-wing leaders are starting to replace right-wing presidents in Latin America.

This way, the controversy that erupted in Mexico during the CELAC conference could be the beginning of a major shift in Latin America, in the way the region has been dealing with the Maduro regime since 2015. And just like we have been watching with Cuba and Nicaragua, we could be entering into another era where an entire region could be willing to whitewash a brutal dictatorship.