Colombia could finally approve the recreational use of cannabis for adults in 2022, following the approval of the first of 8 debates where the Colombian Congress will take the final decision on this subject. Of course, we’re talking about a move that would represent a turning point in the South American nation after so many years of social and political activism in favor of the recreational use of marijuana.

During an interview with magazine Semana, Congressman Juan Fernando Reyes explained that “approving the recreational use for adults will reduce cannabis consumption in Colombia and will even avoid the development of cannabis use disorder or cannabis addiction.”

According to Reyes, Cannabis in Colombia “must be regulated by the state, considering that we’re talking about a business that is fully controlled by different criminal bands. This way, approving the recreational use will have a lot of positive consequences.”

This one is a pretty interesting point considering that, while Latin America always had traumatic experiences every time the state decides to take full control of certain sectors, it is an undeniable fact that the people that have been running this business over the last few years have been some of the worst groups in Colombia. These include powerful drug cartels, and even the different guerrilla groups and paramilitary forces that operate in the country. 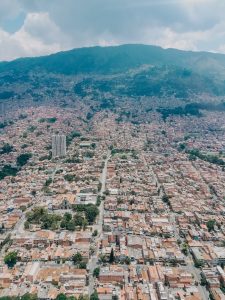 Because of this, Reyes explained that Congress must approve the recreational use for adults so the state can take control of this sector. Moreover, he said that “it will be easy to determine everything about the cannabis production, selling, and even consumption.”

About this last point, the Congressman pointed out that it will make it easier for authorities in Colombia to prevent minors and underages from consuming marijuana, in addition to preventing violence and reduce sales in the black market.

Getting to this point, it is important to notice that approving the recreational use for adults is not a legalization. After all, legalizing cannabis would mean that Colombia will have an open market without any kind of control.

What Reyes and a good portion of the Colombian opposition want is to approve is to regulate the restriction, in the same way as it is with alcohol and tobacco.

This way, those who believe that approving the recreational use of cannabis in Colombia will turn this country into some kind of South American Netherlands, are just wrong.

Many in Colombia want the recreational use of Cannabis.

While it is an undeniable fact that anything could happen, the truth is that the conservative approach that Colombian society historically had with this topic is fading away. Nowadays, a large number of politicians, artists, academics, journalists and even businessmen are pushing for a different approach.

This is a pretty interesting phenomenon considering that the Colombian cultural industry, along with the academia and the mainstream media agrees with the recreational use of cannabis. In fact, you can now see a significant number of artists and even journalists expressing their support not only for the recreational use but also for full legalization.

Of course, the possibility that the Congress decides not to approve this measure exists. After all, the opposition parties don’t fully support the recreational use of cannabis in the country. In fact, some of them have been responsible for some failed policies and even agree with the government’s ruling party Centro Democrático in maintaining things as they are right now.

However, whether the measure ends up being approved or not, the truth is that we could be entering into a cannabis revolution in Colombia.

The recreational use of this plant seems to be the inevitable outcome after so many years of struggle.