I have, since I was a young boy, had a love affair with exploring our beautiful, American countryside. Always present in my mind was the possibility of straying too near a mountain lion, a bear cub, or a snake. For the longest time those were the only dangers which draped their warnings far in the recesses of my spirit. Never had I considered the possibility of a most horrific and insidious danger which each year selects from the outdoors unknowing victims: disappearing.

Naturally I believed this sort of happening to be the fate of unsuspecting kidnapping victims or the willing result of people who wished to remove themselves from society. I became open to a new awareness of the world around me from a survivalist internet meme. What I had first assumed to be another schizophrenic mock up sourced from the depths of the Internet’s worst, contained a line which sparked my curiosity. I had never heard of a ‘Missing 411’ book and, being the crime junkie that I am, could not resist a moment’s delve into what would come to be an abyss of fear.

My instinctive thought was that what was presented before me was surely the artistry of an eccentric mind. Of course people go missing, I thought. It happens all the time. What is so fantastic about this? Clearly these people must have become lost or fell victim to kidnapping. All things have an explanation in this world, naturally, save for one profile point which David Paulides has included in his case study. How are we to explain the sudden appearance of bodies or victims’ clothing months or years later in a location which was thoroughly scoured by expert search and rescue professionals?

They must have missed it! It is easy to drop a penny in a field and lose it forever. A child’s white and blue shoe placed halfway up a gravel embankment that is easily visible from the trail may be an item which would be less likely for a professional to miss. What can be said to the notion that there are no signs of wear from weather exposure and no tracks leading to or from the found item?

It is certainly possible for a kidnapper to return later and plant the item; but the locations of the items found in these strange cases makes this seemingly simple task not so readily feasible. This all may just be a strange set of circumstances, but certainly there is an explanation for it. There absolutely must be.

Alonzo Brooks was a 23 year old Kansas resident who went missing after leaving a house party which he had attended with his friends. The local police were promptly notified by his mother and shortly after, the FBI became involved in the search. The property of the house and the creek behind it were searched to no avail. A month after the disappearance, the family requested to come back to the property and managed to find Alonzo’s body in that creek. The coroner’s report could not determine a cause of death at that time but stated that Alonzo had been dead for a month and showed signs of being in the creek for the duration of that time. Did the Police and FBI lie about searching the creek? In response to an episode of ‘Unsolved Mysteries’ by Netflix, where Alonzo’s case was featured, the FBI reopened the case and determined Alonzo’s death a homicide.

On October 5th, 2018, Connie Johnson and Terrence Woods were reported missing on the same day only 40 miles apart. Connie worked as a cook for an outfitters company serving food to hunters at temporary wilderness camps. She had been dropped off at camp on the 2nd, and when fellow employees returned to the camp on the 5th, Connie was missing. Terrence Woods was a production assistant working on the tv show ‘Gold Rush‘. While out with the film crew, Terrence suddenly, and without warning, dropped everything and sprinted into the woods. After an extensive 11 day search which involved dog teams and the National Guard, nothing could be found. Only Connie Johnson’s dog ever returned.

These cases are astounding when compared to an average disappearance. When paired with the multitude of cases which David Paulides has collected, they no longer become unique. David, a retired law enforcement detective, has repeatedly expressed difficulty in his communication with the Department of the Interior and the National Park Service. While it was initially two off duty park rangers who had approached him about the multitude of missing people, it would appear as if the NPS as a whole is attempting to hide the matter. David also highlights that the FBI does not pursue adult missing persons cases but that in many of the missing 411 cases, the FBI has been involved.

I can imagine that the National Park Service does not wish to publicize crime statistics as it may deter the public from exploring the woods. I can also readily believe that the FBI is initially involved in these investigations to determine if a missing persons case is a homicide. It very well may be that there has been no attempt to hide this information and that these cases simply fall through the jurisdictional cracks; but if it is being hidden, then why? 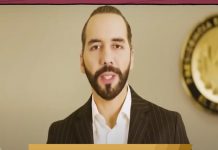 El Salvador and Bitcoin: A relationship that raises hopes and fears.

The Origin of the Wuhan Virus Is Becoming Clearer, And It’s A Frightening Picture of the 21st Century 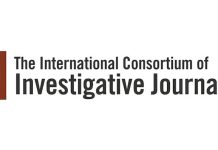 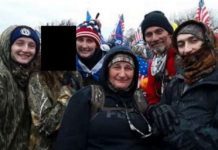 Texas and the Capitol Riot: Does Civil Blood Make Civil Hands Unclean in 2021? 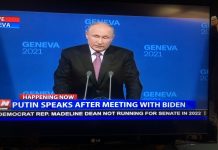