According to a recent Reuters report, the Venezuelan regime will provide through its oil industry PDVSA 190,000 barrels of diesel to Cuba, representing the first time in 7 months that Caracas take this action with its closest political ally. Naturally, we’re talking about a significant situation that represents some kind of “back to normal” in the alliance that both left-wing dictatorships established since the rise of Venezuelan autocrat Hugo Chavez in the late 1990s.

Before getting elected, Chavez already showed his admiration for revolutionary Fidel Castro, despite the fact he tried to deny this reality during his first presidential campaign, knowing that this could severely affect his image. After all, even when there were some intellectuals that romanticize the Cuban revolution, Castro’s image was negative among the majority of Venezuelans.

The restoration of oil supply to the Caribbean island comes right on time, since the Cuban regime is currently experiencing one of its worst crises over the last few years, considering the significant lack of fuel and the return of electricity blackouts in different parts of the country. This scenario made a lot of Cubans remember the worst moments of the so-called “Periodo especial”, where blackouts were common and many people had to spend most part of the day without electricity. 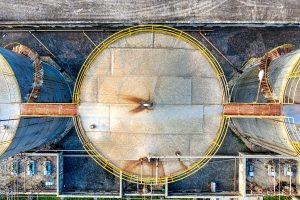 We need to remember this “period especial” was probably the worst period that communist Cuba experienced since the revolution, following the fall of the Soviet Union and the numerous implications this had for the Castro regime. The main one was the end of the economic support between Moscow and Havana, which was significant enough to tell that the Caribbean Island maintain itself because of the Soviet money.

As many analysts have explained, this was probably the weakest moment of the Cuban revolution, to the point where many thought during the early 1990s that it was a matter of time before the Castro regime fell, given the fact that it wasn’t going to resist the blackouts and the hunger people were suffering. In fact, different reports have revealed that while the administration of George Bush had the opportunity to execute some kind of “coup de grace” against Havana, the decision was to let it fall by itself instead of getting its hands dirty.

However, what many didn’t expect was that the Cuban regime was willing to do whatever it could to remain in power. Given this situation, the Castro tyranny decided to resist, no matter what the Cuban people would have to suffer. Just like the worst dictatorships in history, they didn’t care that the solution for people’s mayhem was their resignation. They just resisted and waited for a Deus ex Machina to appear. That miracle was Hugo Chavez.

Basically, Hugo Chavez started as Fidel’s admirer and ended up being his political puppet. Given this situation, once he got to power he immediately started to establish more relations with Cuba to the point where he decided to create a pretty controversial deal: the supply of thousands of oil barrels at free cost in exchange for medical personnel.

Naturally, while this deal seemed quite insignificant during the first years, it was later revealed that the Venezuelan regime actually received a significant type of payment for this alleged generosity: a substantial amount of military personnel and political advisors, which eventually proved to be decisive not only in the way Chavez turned one of the most stable democracies in Latin America into a dictatorship, but also the way it managed to survive for so long.

Considering the depths of this deal, and the ideological alliance that both regimes had since day one, it remains crucial for the Venezuelan regime to maintain this type of dark barter to maintain its power in the new geopolitical arena that will rise, as a consequence of Vladimir Putin’s decision to invade Ukraine.

Naturally, this situation revealed by Reuters only shows that, no matter what happens, Caracas still needs this relationship with Cuba. Especially the military personnel and political advisors, which are crucial to maintaining loyalty among the armed forces through persecution and torture, and are also crucial to reinforce Venezuela’s diplomatic strength.