The beast that lurks beneath the surface of the Chinese government has reared its ugly head again. The Chinese Communist Party (CCP) appears to be involved in an illegal and unethical large-scale, highly-coordinated program of organ harvesting. In a recent interview with the Epoch Times, Dr. Torsten Trey, founder and executive director of Doctors Against Forced Organ Harvesting (DAFOH), sounded the alarm, explaining, “In Western countries, we follow ethical standards for the benefit of the patient. There is a purpose of it, that comes with waiting time,” he said. “It is based on free voluntary consent as a foundation to donate organs,” adding “This concept of free voluntary consent is basically destroyed in the concept of forced organ harvesting.”

Trey pointed out “China is highly interested in tearing down this [Western] system to basically make forced organ harvesting the common standard in transplant medicine,”

This is not the first time that the CCP has been accused of this odious practice. According to NBC, back in 2019, a London tribunal found that “Forced organ harvesting has been committed for years throughout China on a significant scale,” stating the government was engaged in “unmatched wickedness — on a death for death basis — with the killings by mass crimes committed in the last century.” At times, the depth of the duplicity was staggering.

As the BBC reported, in one case, “The hospital’s head of the intensive care unit, Yang Suxun, would approach a patient’s family members and ask if they would consent to donating their loved one’s organs. The family members would sign what would later turn out to be fake consent forms.”

Specifically, the tribunal uncovered that there was “a massive infrastructure development of facilities and medical personnel for organ transplant operations, often started before any voluntary donor system was even planned,” and that “Falun Gong practitioners have been one -and probably the main – source of organ supply.”

And although the tribunal stopped short of labeling the practices a genocide because they could not prove intent, they cautioned “specific intent does not necessarily make a crime of Genocide worse in real wickedness than an individual Crime Against Humanity proved by the same set of facts.” In fact, the tribunal were resolute and definitive in their accusations, stating,“The Tribunal’s members are certain – unanimously, and sure beyond reasonable doubt – that in China forced organ harvesting from prisoners of conscience has been practiced for a substantial period of time involving a very substantial number of victims.”

These allegations have been corroborated by other sources. As Gingrich360 reports, “An investigation published in the BMC Medical Ethics journal uncovered the “systematic falsification and manipulation of official organ transplant datasets.” In addition to the exploitation of the Falun Gong, the Victims of Communism Memorial Foundation determined, “The coincidence of the mass internment in Xinjiang, ongoing rapid organ availability in Chinese hospitals, and blood and physical tests consistent with assessing organ health, is readily explicable by the exploitation of Uyghurs for their organs.”

All of this evidence is in concert with the pronouncement by the Trump administration that the Chinese government is guilty of genocide. Then US Secretary of State Mike Pompeo had  said “This genocide is ongoing, and…we are witnessing the systematic attempt to destroy Uyghurs by the Chinese party-state.”

However, the full heft of the United States appears to be subject to the ugliness of politics, thus compromising their authority and circumscribing their actions. When Dr. Weldon Gilcrease, a gastrointestinal cancer specialist at the University of Utah and vice executive director of  DAFOH approached leaders of American schools for help during the virtual World Summit on Combating and Preventing Forced Organ Harvesting, the silence and passive-aggressiveness were shocking.

Gilcrease said of one leader: “He essentially said to me that there was no doubt in his mind that the Chinese Communist Party (CCP) was capable of such atrocities and that it was indeed happening, but that if we said anything, China would simply send all of its students to Texas.”

However, help may be on the horizon. According to the Epoch Times, “In March, new legislation was introduced in both the Senate (S.602) and the House (H.R.1592) to combat forced organ harvesting and human trafficking. If approved, it would authorize the U.S. government to deny or revoke the passports of people who engage in the illegal purchase of organs. It would also prohibit the U.S. export of organ transplant surgery devices to foreign entities associated with the crime.”

But the breadth and depth of organ harvesting and trafficking by the CCP is going to prove difficult to tackle. In fact, as reported by the Global Slavery Index, “a 2016 research report by former Canadian politician David Kilgour, human rights lawyer David Matas, and journalist Ethan Gutmann highlights that the scale of organ harvesting is much higher than previously assumed, and  “concludes that an estimated 60,000 to 100,000 organ transplants are done in China every year, although the government officially claims that only about 10,000 transplants are undertaken every year.”

Kilgour and Matas testified before the U.S. House Foreign Affairs Committee, leading Representative Ileana Ros-Lehtinen, former chair of the U.S. House Foreign Affairs Committee, to say the Chinese government’s “ghoulish and inhumane practice of robbing individuals of their freedom, throwing them in labor camps or prisons, and then executing them and harvesting their organs for transplants is beyond the pale of comprehension and must be opposed universally and ended unconditionally.”

The reality is that no one really knows what the exact figures of organ harvesting are in China. That’s because much of the organ harvesting can traced back to Chinese death-row prisoners. As reported by the BBC, “In a rare admission of the extent to which this takes place, China Daily – citing unnamed experts – said on Wednesday that more than 65% of organ donations come from death row prisoners.”

The cavalier attitude that China has towards its prisoners, including the vast numbers of prisoners of conscience, doesn’t bode well for its population as a whole, nor the world community. Dr. Trey warns that “Once China becomes the leading voice in the transplant sector, it would set ‘new standards’ in the transplant field,” warning that Beijing would be ‘unrestricted in its pursuit to eradicate’ prisoners of conscience without international scrutiny or criticism.”

And while China has publicly stated they are cleaning up these practices, the nature of the PCC rule cast doubt upon their intent. As Human Rights Watch warns,“The lack of adequate judicial safeguards in China, coupled with the existence of government directives allowing political offenders and other nonviolent criminals to be sentenced to death, virtually guarantee that a significant number of wrongful executions will take place. Some of those unfairly sentenced may be unwitting organ donors.”

Given the United States’s deep financial ties to China, time will only tell if we have the moral backbone to do something forceful and constructive to stem these abominable acts. 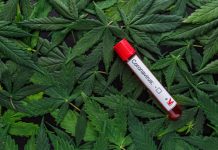 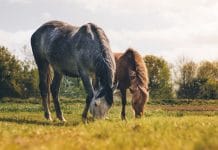 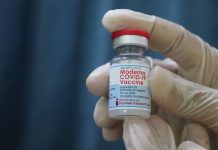