“All conditioned things are impermanent — when one sees this with wisdom, one turns away from suffering.” (The Buddha, Dhammapada, verse 277.)

“From all this we may learn that there are two races of men in this world, but only these two — the “race” of the decent man and the “race” of the indecent man. Both are found everywhere; they penetrate into all groups of society. No group consists entirely of decent or indecent people. (Viktor Frankl)

Seeking the Truth About Racism 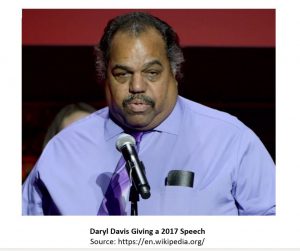 The contemporary poet, writer, and philosopher Suzy Kassem muses in her book Rise Up and Salute the Sun: “To seek truth requires one to ask the right questions. Those void of truth never ask about anything because their ego and arrogance prevent them from doing so. Therefore, they will always remain ignorant.”  In an amazing feat of unexpected wisdom and insight, Daryl Davis, now a 63 year-old veteran blues musician, lived this truth as a young child.

At the tender age of 10, Daryl Davis had his first, but unfortunately not his last, ugly encounter with overt racism. Davis recalls: I was in the Cub Scouts and we were in a parade when people started throwing rocks and things at me. I didn’t understand why people would do that and I formed a question: ‘How can you hate me when you don’t even know me?’”

Asking the Right Questions About Racism

This seemingly simple, perhaps even naïve, yet fundamental question was the genesis of a life-long journey into the darkness of humankind’s’ petty, yet virulent prejudices. Yet, from the darkness emerged light and hope. Over the course of his entire adult life, Davis continued to ask this same question, not just of ordinary people, but of members of the Ku Klux Klan (KKK).

Single handedly, Davis has managed to help over 200 KKK members recognize not only their faulty individual thinking, but the poisonous manner of racism as a whole. Davis literally got to know members, sometimes high-ranking members, of the KKK and asked his simple, yet penetratingly powerful question.

The result was that many of them dropped their guarded anger, and were forced to see the truth: Davis, and by extension other black people, are merely fellow travelers on this difficult yet beautiful journey we call life. And when we see each other in this fashion, we can’t help but recognize our commonality, our fragility, and most importantly, our connectedness.

His words and his actions are instructive and sorely needed in America today. And whether or not Davis is aware, he embodies through his words and actions, two outwardly unrelated philosophical frameworks: modern western psychology, and Buddhism. Peering deeper into these frameworks, however, may be the key to understanding and overcoming racial animus. Seen together, these two schools of thought have identified the following commonalities and precursors of racism: feelings of fear and inadequacy, especially fear of death, in conjunction to a lack of connectedness to others, leads to a lack of empathy, the hallmark of a mature and highly functioning person.

“When one race of persons unconsciously feels fear in response to a different race group—fears that their own level of security, importance, or control is being threatened—they will develop these defensive thoughts and behaviors,” says psychologist and political advisor Dr. Reneé Carr.

Research seems to support her notion. Professor Steve Taylor, current chair of the Transpersonal Psychology Section of the British Psychological Society and senior lecturer in psychology at Leeds Beckett University agrees with Dr. Carr, stating: Research has shown that when people are given reminders of their own mortality, they feel a sense of anxiety and insecurity, which they respond to by becoming more prone to status-seeking, materialism, greed, prejudice, and aggression. They are more likely to conform to culturally accepted attitudes and to identify with their national or ethnic groups.”

This perceived otherness is also a central tenet of Buddhism used to explain human suffering in general, and prejudice specifically. Ngak’chang Rinpoche & Khandro Déchen, practicing Buddhists, point this out persuasively in their article, On Prejudice, Vajrayana, and the Perception of “Otherness,” saying: “Fear of otherness lies at the root of prejudice. From the point of view of dualized derangement, nothing is as “other” or dissimilar as the non-dual state. From the perspective of non-duality, therefore, one is prejudiced against one’s own natural state.” 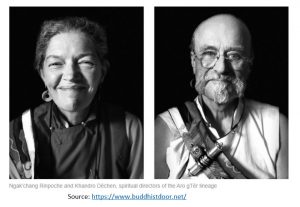 In other words, racism is ultimately an expression of self-hatred originating from a sense of “otherness” and the inadequacy this fosters in people with strong insecurities. Even Sigmund Freud, who is constantly dismissed by many contemporary schools of psychology, was onto something, when he observed, “It is always possible to bind together a considerable number of people in love, so long as there are other people left over to receive the manifestations of their aggressiveness.”

So, in order for racism to perpetuate itself, it needs a “racist state of mind,” in which the world is perceived as a hostile, unbending, and unforgiving entity that feeds on the fears, hatred, and neuroses of the individual.

Narendra Keval, author of the book Racist States of Mind: Understanding the Perversion of Curiosity and Concern frames it thus: “In both its subtle and virulent forms, racist states of mind reveal a bewildering mix of anxieties, feelings and fantasies about the real complexities of life and living that a recognition of difference and diversity can potentially bring forth,” adding “these are often expressed in a nostalgic gaze that is infused with a toxic interplay of grievance, murderous rage, and vengeful feelings and fantasies that have resulted from a real or imagined narcissistic injury to the self, group, or nation.” 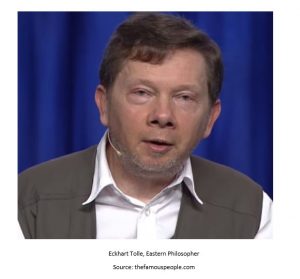 Keval’s statement resonates with Buddhism, for we can perceive others as a threat only if we allow our ego to see them as others, as separate. Eckhart Tolle, the modern Eastern philosopher, teacher, and author has this to say about otherness: “One way to think about ego is as a protective heavy shell, such as the kind some animals have, like a big beetle. This protective shell works like armor to cut you off from other people and the outside world. What I mean by shell is a sense of separation: Here’s me and there’s the rest of the universe and other people. The ego likes to emphasize the ‘otherness’ of others.”

In essence, Davis is pleading for some recognition of individual humanity. Jordan Peterson, a Canadian professor of psychology at the University of Toronto, a clinical psychologist, and YouTube personality, echoes this sentiment. “It turns out we don’t fit into one group, any of us, we fit into multiple groups and it’s not obvious at all which groups should be of paramount importance,” proffers Peterson. Peterson argues that when group-identity politics disappears, we “meet soul to soul, so to speak, and we meet in a situation where we hold sole responsibility for our actions.”

To be fair, this is easier said then done, particularly when a group that has been historically marginalized feels that nothing has really changed in America, that the “struggle is real,” and pervasive. The celebrated black activist and writer James Baldwin captured this angst when he said, “To be a Negro in this country and to be relatively conscious is to be in a rage almost all the time.”

Still, none of us are going to heal and get any better if we are in a perpetual state of anger. And here is where Buddhism can be helpful. Sensei Alex Kakuyo, a black Buddhist teacher and breathwork facilitator, cautions against this ethos, warning “ . . .Buddhism is clear that anger (even when it’s justified) is a poison. It tears us apart from the inside, and does little to solve the problem at hand,” adding “. . . that the true cause of racism is the illusion of a separate self; which is birthed from ignorance.

But in order to check ignorance, we have to be willing to grow on this journey of life. And of course, that journey is fraught with peril and potential conflict. Yet there is no other choice if we wish to move forward as a nation and as a global community. We can never let fear keep us in check, keep us mired in our dysfunctional ways. Keval states it eloquently: “Curiosity can be quite a treacherous journey. And what I’m interested in, particularly, is what are the moments when one might retreat again from discovery.”

The rock and roll philosopher Bruce Springsteen seized on this truth when he wrote the famous words, “Blood brothers in the stormy night with a vow to defend/No retreat, baby, no surrender.” For the sake of our collective future, we cannot retreat, we cannot surrender. 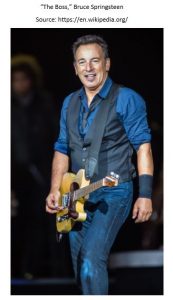 Strain of the Day: Gelato 45

Trainwreck Strain – Is It Good For Anxiety