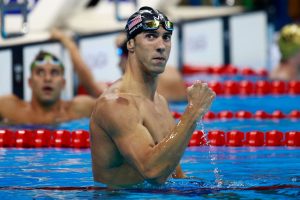 When the picture of Olympic star swimmer Michael Phelps smoking marijuana surfaced on social media in 2009, causing him a three-months suspension and a lucrative commercial spot with Kellogg’s cereal company, it was only a matter of time before these question got asked: Why is marijuana a banned substance for Olympic athletes? And why is it being compared to PEDs?

Flash forward to July 2021, and the same question should be asked for American track and field star Sha’Carri Richardson, who was suspended for one month and disqualified from the 2021 Olympic Games after she tested positive for THC, one of the psychoactive chemicals found in marijuana. Now, I want to be clear about this. I am assuming Ms. Richardson was aware of the ban on marijuana, so her choice to use it means she has to take responsibility for the consequences.

Still, that does not answer the original question about why marijuana should be banned in the first place. The prohibition on Performance Enhancing Drugs (PED), including anabolic steroids, androstenedione, human growth hormone, and a variety of stimulants makes sense. Not only do these drugs give a competitive advantage for athletes who use them, they are also associated with a broad range of serious health risk, ranging from heart rhythm abnormalities, heat stokes, dehydration, a dangerous drop in blood pressure, psychiatric disorders, liver cancer, and infertility, depending on the type of PED used and how much is ingested.

And many athletes have ended up regretting using PEDs. The prolific home-run hitter and MLB star Mark McGwire said of his involvement with PEDs: “Performance-enhancing drugs are an illusion. I wish I had never gotten involved with steroids. It was wrong. It was stupid.” Others, like Lance Armstrong, who was stripped of his seven Tour de France victories and banned for life from professional cycling in 2012 for PED usage, are more ambivalent about the matter. When Armstrong was asked if faced with the same circumstances would he use PEDs again, he responded by saying, “. . .if you take me back to 1995, when it was completely and totally pervasive? [I’d] probably do it again.”

Why Marijuana is NOT a PED

Regardless, the real issue is lumping marijuana usage in the same category as PEDs. To begin with, marijuana does not give athletes a competitive advantage. As Eddie Izzard, a comedian and amateur marathon runner sarcastically points out, “Performance enhancing drugs are banned in the Olympics. OK, we can swing with that. But performance ‘debilitating’ drugs should not be banned. Smoke a joint and win the 100 metres, fair play for you. That’s pretty good. Unless someone’s dangling a Mars bar off in the distance.” That’s a bit cheeky, but Izzard isn’t wrong. Marijuana is not a performance enhancing drug anymore than Tylenol, margaritas, or anti-depressants are.

And depression is relevant to this case, as Richardson explains. After Ms. Richardson’s mother died, she became depressed, and stated on the Today show, “People don’t understand what it’s like to have to … go in front of the world and put on a face and hide my pain. Who am I to tell you how to cope when you’re dealing with the pain or you’re dealing with a struggle that you haven’t experienced before or that you thought you never would have to deal with?”

To her credit, Richardson took full responsibility for her choices, saying, “As much as I’m disappointed, I know that when I step on the track, I don’t represent myself. I represent a community that has shown me great support, great love, and I failed you all. So I apologize for the fact that I didn’t know how to control my emotions or deal with my emotions.”

Again, this article is not about just Ms. Richardson; rather it’s’ more about the illogical nature of the ban on marijuana in place from the International Olympic Committee (IOC). Because not only is marijuana not a PED, most other athletic organizations do not ban its use. As Yahoo Sports points out: “The drug has been decriminalized in most U.S. states, including in Oregon, where Richardson’s positive test occurred. Many athletes use it for reasons both medicinal and recreational. The NFL, NBA, MLB and NHL no longer suspend players for it.”

So, again, why is marijuana banned by the IOC?

The World Anti-Doping Agency (WADA), the IOC-affiliated committee in charge of regulating PEDs among Olympic athletes, gives the following explanation for banning marijuana based on performance enhancement grounds:

While the effects of marijuana can decrease hand-eye coordination and distort spatial perception, there are other effects that can be performance enhancing for some athletes and sport disciplines. Cannabis can cause muscle relaxation and reduce pain during post-workout recovery. It can also decrease anxiety and tension, resulting in better sport performance under pressure.

Let me get that straight. Because marijuana has positive medicinal and mental health value, it might make athletes feel better and have less pain, so that gives them a competitive advantage. What? By that same logic, biofeedback, acupuncture, and meditation should also be prohibited because they enhance mental health, induce relaxation, and reduce pain. I don’t know about you, but if I were an Olympic athlete, I would feel at an extreme disadvantage if I had to compete with someone who was undergoing Traditional Chinese Medicine.

In any case, there are signs of hope. According to theweedblog.com, the “(WADA) raised the threshold for a positive test for marijuana from 15 nanograms per milliliter to 150 nanograms per milliliter, significantly reducing the likelihood of detection for athletes who use the drug.” This would simply mean that athletes would need to abstain several weeks before as well as during competition to avoid testing positive, allowing many to enjoy the benefits of marijuana.

And while that’s a positive step, it actually defies at least some of the laws of logic. If the new threshold essentially allows Olympic athletes to imbibe except for the short period where they are vulnerable to testing positive, why test at all?

And finally, banning a plant that allows people to manage pain in the midst of an opiate crisis seems unreasonable at best, and dangerous at worst:

Former Denver Broncos and New York Jets defensive end Marvin Washington frames it this way in reference to Ricky Williams, a former NFL running back and cannabis advocate : “Twenty years from now, 30 years from now, we’re going to look back and we’re going to have a father of athletics and cannabis, and Ricky’s going to be it, He was trying to medicate himself instead of going on the opiates that the team doctors—I put that in quotes—were medicating us with.”

In any case, Olympic athletes still deserve an answer to the question: Why is marijuana banned?