If you love lavender (and who doesn’t?), then the terpene Linalool is should be part of your cannabis world. Linalool (not a character from a Dr. Seuss book) provides cannabis with a floral aroma, reminiscent of a field of flowers, but with spicy overtones and is found in plants such as lavender, cinnamon, coriander, birch, and rosewood. Strains like Zkittlez, Timewreck, Northern Lights #5, Starfighter, and Peyote Cookies contain large amounts of Linalool, also known as beta linalool, linalyl alcohol, linaloyl oxide, and p-linalool. According to Cresco Labs, “Linalool, like cannabinoids THC or CBD, is formed within the shiny resinous glands covering cannabis flowers, called trichomes.”

There are several health benefits associated with Linalool, including, anti-Inflammatory/pain reducer, anti-epileptics, anxiolytic/stress reducer, mosquitos deterrent, sedative, and anti-microbial agent. And science has started confirming some of the benefits. In a report titled A Review of a Biologically Active Compound of Commercial Importance, researchers found that “Linalool-producing species have been reported to possess good anti-inflammatory activity and exhibit a peripheral analgesic effect.”

These researchers also found “Linalool showed the strongest activity against a broad range of cancer cells, such as carcinoma of the cervix, stomach, skin, lung, and bone. In another study of Linalool’s effect on Alzheimer’s Disease (AD) in mice, the researchers stated their “findings suggest that linalool reverses the histopathological hallmarks of AD and restores cognitive and emotional functions via an anti-inflammatory effect.”

Moreover, linalool is vital to plant sexual propagation. In fact, research has shown that “. . . linalool is present in the floral fragrance of diverse plant families and is attractive to a broad spectrum of pollinators, herbivores and parasitoids.” The upshot is that the aroma of linalool attracts insects that keep the cycle of life going for plants.

The history of linalool production can be traced back to late 19th century Europe. According to perfumerflavorist.com, “Linalool and its esters are distributed in a vast number of essential oils from trace up to major amounts. Its early production was accomplished in 1875 by isolation from Cayenne Bois de Rose oil from French Guiana. A Frenchman by the name of Licare was so involved with the oil’s production that Linalool was initially called Licareol.”

There is also an interesting historical component regarding lavender, which is rich in linalool. As reported in a Healthline article, “In Spain and Portugal, lavender was traditionally strewn on the floor of churches or thrown into bonfires to avert evil spirits on St. John’s Day. In Tuscany, pinning a sprig of lavender to your shirt was a traditional way to ward against the evil eye. Queen Elizabeth I of England had fresh lavender in vases at her table every day.”

But you don’t need to be royalty to enjoy linalool-rich cannabis. Just click on this link to locate the linalool-laden leaves that will relax your body and lighten your load.

harles Bukowski, the Los Angeles beat poet that captured the depravity of American urban life once said, “There is something about writing poetry that brings a man close to the cliff’s edge.” Newsweed is proud to stand in solidarity and offer you a chance to get close to the cliff’s edge with our first Power of Poetry Contest. Are you a budding bard, a versatile versifier, a rhyming regaler? Do you march to the beat of iambic pentameter, or flow like a river with free verse? If so, here’s your opportunity to put your mad poetic chops to the test. Enter our poetry contest for bragging rights and an opportunity to win some cash! 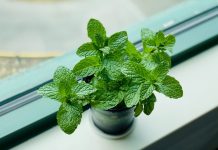 Ocimene, a Sweet and Herbaceous Terpene and a Potent Anti-Inflammatory 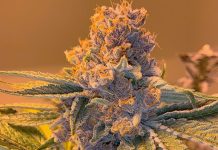 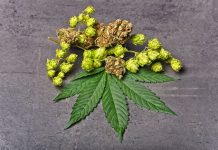 Humulene: Earthy Ganja Goodness, Amazing Anti-Inflammatory in 2021 and Beyond 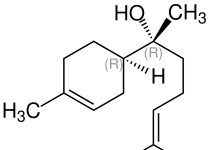 Alpha-bisabolol: A Promising and Terrific Terpene 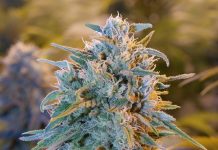 Alpha-Pinene and Beta-Pinene: 2 Terpenes to Enhance Your Ganja Greatness