The Brazilian government showed once against its controversial stance on the Russian invasion against Ukraine, as Economy Minister Paulo Guedes expressed during an online event that the administration of right-wing president Jair Bolsonaro strongly opposes the imposition of economic sanctions against Russia.

This is a pretty concerning situation since it reveals how the Kremlin has a pretty significant ally in Latin America. After all, Brazil is the most important economy in this part of the world, with a country that has proved to be powerful enough to be part of the so-called BRICS. In fact, there are many who actually speculate this is the main reason why the Brazilian government has established such a strong relationship with Russia, even when the political ideology could change.

On this part, we need to remember that the previous left-wing administrations of Lula da Silva and Dilma Rousseff also had a pretty significant relationship with the Russian regime and dictator Vladimir Putin. Of course, the fact that this situation didn’t change with Jair Bolsonaro can hint that the reason behind such an alliance is the typical cooperation between populists governments and authoritarian regimes. Ideologies don’t mean anything in these types of political alliances.

While it’s no surprise that the Brazilian government expressed once against its support to Russia, what is indeed quite surprising is the fact that Guedes also expressed his disagreement with the economic sanctions against the Kremlin. After, there were different reports claiming that the Economy Minister was actually feeling quite uncomfortable with the Bolsonaro administration’s stance on this issue. However, these comments during the online event, hosted by the Center for Strategic and International Studies, bury all speculations. 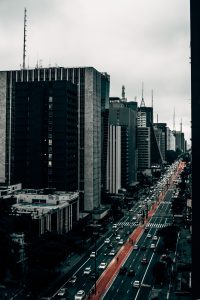 At this event, which was the first time when Guedes expressed his opinion on the war between Russia and Ukraine, he also said that he and the Brazilian government fully condemns the invasion. Naturally, this is the same clarification that all government that opposes sanctions against Russia manifest.

Moreover, Guedes explained during the online event that Russia should not be excluded from the most important multilateral bodies, including the International Monetary Fund and even the World Bank. As you can see, we’re talking about massive support where such a prominent figure as an economy minister is literally using his power and influence to help Russia not to be economically punished because of the invasion it decided to execute against Ukraine.

What’s even more scandalous about this situation is that these comments from Guedes come a couple of days after Reuters published a document from the Kremlin that revealed how the Russian regime asked the Bolsonaro administration for full support in the World Bank, the International Monetary Fund and even the G-20 group of top economies to help it counter the economic sanctions imposed by the international community.

Naturally, it remains unclear, whether Guedes comments at the online event were essentially the moment that the Brazilian government decided to fulfill Russia’s request, or if these comments by the economy minister had nothing to do with the document published by Reuters. In any case, it clearly shows that Brazil is definitely a close ally to Russia, and the Kremlin is taking advantage of this situation to prevent more repercussions for its invasion against Ukraine.

Getting to this point, the undeniable fact is that Brazil’s relationship with Russia is deeper than expected. We can even say this is quite unexpected since we’re talking about a region where the closest allies of the Kremlin have always been left-wing populist governments or left-wing dictatorships. We’re talking about the cases of countries such as Venezuela, Cuba, Nicaragua, Bolivia or Argentina.

However, the fact that the Bolsonaro administration is also part of this group only says that the Kremlin’s influence in Latin America is significant enough to attract governments and regimes of different ideologies. It is also powerful enough to attract the biggest economy in the region.

Of course, it remains to be seen what is going to happen, but considering that the next presidential election in Brazil will be a battle between Bolsonaro and Lula da Silva, the only thing for sure is that Russia will still have the South American giant as a partner no matter of the right-wing leader fails to get reelected.