The Belarusian and Nicaraguan left-wing regimes announced a new bilateral cooperation, representing the latest case where different dictatorships establish commercial and diplomatic ties after being pressed by the international community. Naturally, this is the exact case of Minsk and Managua, who are struggling against the political actions taken by the European Union and the United States against them.

In a press conference, Belarusian Foreign Minister Vladimir Makei said it was an important step from both nations since “not so many people thought this was going to be possible considering the foreign pressure that has been unfairly imposed against us.” Moreover, he explained that the regime of dictator Alexander Lukashenko expects to see “positive” results from this cooperation in “less than expected.”

Makei made these statements following a meeting with Nicaraguan Foreign Minister Denis Ronaldo Moncada Colindres. Makei told reporters that “we reached an accord to maintain this important relationship in the platforms of international organizations during the complicated conditions of a rising foreign pressure.”

Moreover, he explained that the only goal that both nations have with this “important bilateral cooperation” is to make their people live “in full peace and harmony,” In addition, Makei said that “nothing will prevent Nicaragua and Belarus from keeping their developing.”

On his part, Moncada said in a statement that the meeting with Belarusian officials was “really significant since we managed to determine which would be the steps to take in the near future in order to expand our commercial ties.” The Nicaraguan Foreign Minister revealed that among the promising sectors both regimes want to expand their commercial ties, the most importants would be passenger and cargo vehicles’ supply, agricultural cooperation, and especially infrastructure projects.

Moncada also pointed out in the statement that “the Nicaraguan people has full solidarity with Belarus, after the aggressive, unjustified and unilateral measures that Western governments imposed against it.” He also said that the socialist regime of dictator Daniel Ortega will provide full support to the Belarusian regime.

Finally, Moncada said in the statement that the Ortega regime invites Makei and Lukashenko to visit the Central American nation at any moment they want, pointing out that “both governments and both the Nicaraguan and Belarusian people will prevail, no matter the situation and no matter the unfairness of these types of imperialistic and aggressive attacks.”

The international pressure against the Belarusian and Nicaraguan regimes.

While Makei and Moncada claimed that the diplomatic actions taken by the European Union and the United States has been fully unjustified, the truth is that these have been the proper measures to take considering what has been taking place in both nations over the last few months.

In addition of being two of the oldest dictatorships in the world right now, both regimes have been taking the most aggressive and oppressive actions against their citizens. In Belarus’ case, this situation came after the rigged presidential elections that Lukashenko won, prompting a widespread protest that ended with many protesters brutalized and thrown into jail.

Something similar happened in the Central American nation, following nationwide protests against Ortega that ended with many people killed, and the way this socialist dictatorship has been jailing almost every single opposition candidate for the upcoming presidential election. 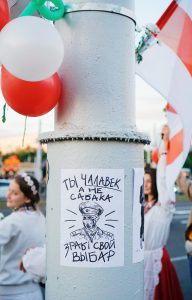 Following these acts, both the European Union and the United States imposed different types of sanctions against both regimes. However, many of these sanctions are weak enough to prevent Minsk and Managua from doing the same. In fact, many opposition members of both nations have been demanding Washington and Brussels over the last few months to impose harder sanctions to push the Belarusian and Nicaraguan regimes so they are forced to follow the democratic path. 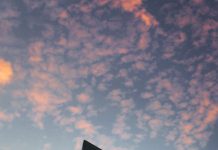