The Nicaraguan regime recently ordered the arrest of famous novelist Sergio Ramirez, after accusing him of inciting hatred and conspiring to destabilize the Central American nation.

This situation represents the latest case where the left-wing dictatorship of Daniel Ortega detains some of his most notorious critics in the country. These include some promising presidential candidates, newspaper editors, intellectuals and even some union leaders. 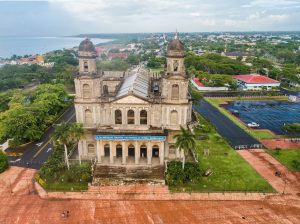 On social media, the famous novelist claimed that he will continue to stand against the Nicaraguan dictatorship, pointing out that he would fight for freedom and democracy in the Central American nation. He decided to leave Nicaragua and install in Spain back in June, in order to protect himself from the dictatorship.

Sergio Ramirez used to be part of the Nicaraguan regime.

A pretty interesting detail about Sergio Ramirez is the fact that he used to be one of the most prominent members of the Nicaraguan revolution when it started back in the 80s, against the right-wing tyranny of Anastasio Somoza. He even became the vice-president of the Nicaraguan regime once the revolution managed to reach power in Managua.

However, he eventually decided to quit his position in the Nicaraguan regime and became one of its biggest critics in the country. Ramirez claimed at the moment that the revolution was becoming “authoritarian” and that it stopped being a political movement whose main goal was to “fight for the people.”

In its latest report, Human Rights Watch denounced that the Nicaraguan regime perpetrates arbitrary detentions and claimed that the conditions of the prisoners in the country are appalling. The NGO also pointed out in its report that at least 36 protesters have been arrested and were prosecuted without due process and without any type of guarantee. Each of these cases has been taking place this year, despite the COVID pandemic and the economic crisis that has caused in the Central American nation.

“The speed with which the government of Daniel Ortega has carried out this wave of arrests before the November presidential elections, subjecting its critics to horrific conditions of detention, and accusing them of crimes without any basis or due process, reveals that Ortega does not have the slightest intention of losing the next elections,” Director for the Americas of Human Rights Watch, José Miguel Vivanco said.

Not the first case.

The worst aspect about the Nicaraguan regime’s persecution of Sergio Ramirez is the fact that this is not the first time something like this happens. After all, the left-wing dictatorship have been persecuting, detaining, and even killing every opposition figure who could represent a threat for the ruling power over the last few years.

A famous case was the one of Nicaraguan legendary poet Ernesto Cardenal, who used to be a strong supporter of the revolution, but then became a pariah after denouncing its excesses and corruption. Until the day he died, the dictatorship executed a campaign of psychological terror against Cardenal, which was denounced by different organizations in Nicaragua and other countries around the world.

What many believe is the worst consequence of Ramirez’s situation is that it increases the Nicaraguan regime’s power. After all, Ramirez was one of the most influential opposition figures, and his exile will represent a major blow to the political factions that oppose the left-wing dictatorship.

Moreover, Daniel Ortega managed to take advantage of the COVID pandemic and the lockdown restrictions by doubling down on its authoritarian tactics. So far, he has shut down newspapers, incarcerated influential members of the opposition, and even created paramilitary forces that execute the worst type of violent acts against protesters.

Of course, there’s nothing that currently threatens the Nicaraguan regime’s power. And with Ramirez’s exile, the chance of a political change in this country seems way more difficult.