Argentina’s President Alberto Fernandez said during a press conference in capital Buenos Aires that he would make efforts to restore relations with the Venezuelan regime. The left-wing leader made these comments along with Ecuadorean President Guillermo Lasso.

This situation might represent a significant shift in South American foreign policy, considering that the socialist regime of dictator Nicolas Maduro in Venezuela has been a pariah over the last few years. After all, the Venezuelan regime has been responsible for the biggest migrant crisis in the history of the Western Hemisphere, thanks to systematic abuse of human rights and a widespread crisis that created the second-largest refugee crisis in the whole world after the Syrian.

During the press conference, President Fernandez also explained that the time of isolating the Venezuelan regime is over, pointing out that Venezuela has been dealing with a lot of problems over the last few years, but these are now getting better. Of course, this situation represents an absolute disgrace for the Argentina president, considering that, according to different institutions, the human rights violations in Venezuela keep taking place on a regular basis. 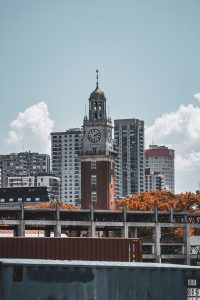 It’s important to point out the issue of human rights abuses since this has been the main problem that the current Argentine administration has been paying most attention to. After all, Argentina is not experiencing a Venezuelan migrant crisis, unlike other nations such as Peru, Chile, and especially Colombia.

Of every single controversial moment that this press conference had, the biggest one was when the Argentina president said that President Lasso fully agrees with him. After all, the Ecuadorean leader didn’t correct President Fernandez’s words, and in case this ends up being true, we could be talking about a massive change in Latin America that will definitely benefit the Maduro regime.

Over the last few years, almost every single government in Latin America agreed to have an anti-Maduro stance, demanding the socialist dictator to stop violating human rights and to let the Venezuelan people have a free and fair presidential election. However, this situation started to change slowly since the election of President Joe Biden in the United States, who ditched the hardline approach that the previous US administration had against the Venezuelan regime.

Venezuela is not getting better.

Getting to this point, it is crucial to stop at one of the main parts of President Fernandez’s declaration during the press conference: the idea that Venezuela is somehow getting better. After all, this is a controversial point that some people in Venezuela are pointing out on social media, with many other Venezuelans claiming that things haven’t changed at all.

To explain this claim, it is important to say that Venezuela is a centralist country, meaning that capital Caracas is the Venezuelan regime’s crown jewel. In fact, one of the main popular phrases that have been repeated in Venezuela over the last few years has been that “the only thing that the dictatorship fears is to see Caracas in flames, that’s why they take so much care of this city.”  And the truth is there’s a lot of reality in this phrase.

Given this situation, the regime has taken some decisions that have benefited Caracas, to the point where can now see a little economic recovery. However, this one is quite small and insignificant, but pretty remarkable in comparison to the rest of the country, where the lack of water and the blackouts remain.

And, as you can imagine, political oppression remains the same, political prisoners haven’t been liberated, and human rights are still being violated. So the idea that Venezuela is finally doing great, is just a blatant lie.

In addition to the claim that Venezuela is getting better, the most surprising thing about this press conference was the fact that President Lasso seemed to agree with President Fernandez’s idea of restoring diplomatic relationship with Venezuela. This is a major surprise since President Lasso is a right-winger who always opposed the Venezuelan regime, and fully disagreed with former Ecuadorean President Rafael Correa’s relationship with former dictator Hugo Chavez.

However, he seemed to be willing to also restore diplomatic relations with the Maduro regime, which only suggest that this could be the new reality in Latin America over the next few months. Especially if left-wing candidates Lula da Silva and Gustavo Petro win in the presidential elections of Brazil and Colombia respectively.