Over 20,000 Haitians are currently stuck in Colombia, as they haven’t been able to reach the US border in order to enter the North American nation, escaping from extreme poverty and a widespread economic and political crisis.

On this issue, different reports revealed that different Colombian politicians fear this number of migrants won’t be able to move to the US and will eventually stay in Colombia. After all, the South American nation is currently suffering a widespread crisis, following the COVID pandemic, the Venezuelan downfall, and the way so many people from this nation decided to move to Colombia for a better life.

The Haitian migration is nothing new.

Naturally, there have always been cases where many of these migrants have to stay in some of these countries after failing to enter the United States. In fact, there have also been several cases where they have to go back to their home nations, which represents an absolute tragedy considering the amount of money and effort they waste moving to other nations just to be forced to return. 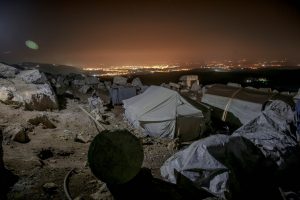 Of course, in the cases where they end up staying in the nations they travel as a “bridge” to the United States, the numbers are quite low considering that a good portion eventually moved to the US or returned to their countries. This way, the governments of these other nations can provide the necessary amount of resources to attend them.

However, the problem with this particular case in Colombia with the 20,000 Haitians is that this South American don’t have enough amount of resources to attend this migrant wave. After all, most of its resources are focused on attending the Venezuelan migrants and refugees that are currently living and entering Colombia.

On the other hand, another significant amount of these resources are focused on the different social programs that the Colombian government has created to attend the people who have fallen into poverty because of the COVID pandemic and the lockdowns. In fact, the government of President Ivan Duque recently proposed a tax reform which main goal was to keep financing these social programs and prevent a significant fiscal gap.

The consequence of this proposal was a massive protest where Colombians expressed their disagreement with the reform, considering that it was unfair to pay more taxes in a moment where so many people have been affected by the economic crisis caused by the pandemic.

The Haitians migrants’ situation falls into another issue that Colombia has, and many people don’t know: its inexperience in receiving a large wave of migrants. After all, the South American nation has historically been a country that doesn’t receive too many migrants and many of its people leave to other nations. The reason behind this reality is the number of crises that Colombia has been suffering since the early 1900s.

Because of this, many world leaders and institutions around the world have been praising Colombia for the way it has managed the Venezuelan refugee crisis so far. However, it is a fact there are some issues that the Colombian government hasn’t been able to solve to this day.

Given this situation, the possibility that the 20,000 Haitians that are currently in the South American stays, could represent a problem for the Colombian government in case the United States doesn’t pay everything. Just like it did with the 4,000 Afghan refugees that Colombia received a month ago.