Spanish authorities arrested in Madrid Venezuelan regime’s former intelligence chief Hugo Carvajal in an operation conducted along with the DEA, following the escape from the so-called “Pollo” from house arrest in 2019.

According to Spanish newspaper ABC, his arrest came after the Spanish Police received information from the DEA, pointing out the exact location where Carvajal was staying. Surprisingly, and despite different reports that previously claimed he left Madrid, the truth is that the Venezuelan spy never left the capital city. In fact, all he did was to hide all this time in one of its wealthiest neighborhoods.

Intelligence chief and master of disguise.

Spain’s Police said in a statement that they had to enter the house by force, with Carvajal hiding in a room with a knife, willing to do whatever it takes to prevent his second arrest. Moreover, they explained that he was changing houses every three months into the same neighborhood, taking different types of measures to prevent being seen. 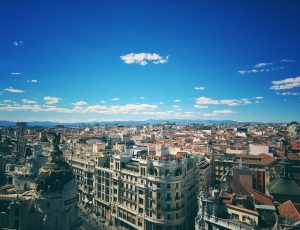 Apparently, none of the houses where Carvajal lived had any type of windows. Also, he went through different surgeries in order to change his appearance. However, it remains unclear the way he manage to get these surgeries, considering that the houses didn’t have the proper accommodations to conduct these medical procedures.

In addition to this detail, another element that remains unclear is who was the person that did the surgery, considering that this wasn’t an easy operation and that Carvajal was the most famous fugitive in Spain.

The Police also pointed out that Carvajal used all types of disguises the few time he went out of the houses. Apparently, he used fake beards, wigs and fake mustaches not only to show a different appearance but also to look similar to photos he had on his different fake passports.

The use of false documents is an old strategy that was revealed after his detention in Aruba in 2014 by Dutch authorities over US accusations of drug trafficking. At that moment, Venezuelan regime’s former intelligence chief avoided arrest and managed to get back to Venezuela as no one knew he had fake passports.

The former intelligence chief could be extradited to the US.

Before his second arrest in Madrid, the former intelligence chief was the most wanted US fugitive. After all, he was one of the main figures of Cartel de Los Soles, which is a drug cartel that the US government claimed it is directly controlled by the Venezuelan regime and the Venezuelan military.

Right before his escape from house arrest, the Spanish government approved his extradition to the United States. Newspaper ABC reported that the former intelligence chief will formally ask Spain’s Supreme Court to suspend the agreement between Madrid and Washington to prevent his extradition.

The fact that Carvajal could be interrogated by US authorities represents a major risk for the Venezuelan regime. The information he can provide about the drug trade in Venezuela could intensify the political crisis that the country is experiencing since the international pressure against the regime will be stronger.

In addition to the drug trade, Carvajal could reveal a lot of information about the connection between Caracas and Colombian Marxist terrorist group FARC. This could also have some delicate consequences for the Venezuelan regime since Colombia has always been one of the biggest US allies in the region.

In any case, it remains unclear whether Carvajal could reach an agreement with US authorities where he could gain freedom as long as he provides enough information. This is something that already happened with former regime’s top bodyguard Leamsy Salazar, who defected to the United States and was put under witness protection in exchange for information.

Naturally, legal experts point out that the former intelligence chief will have a difficult time negotiating his freedom since he was arrested and he even escaped. However, it wouldn’t be the first time this type of case takes place.