The Venezuelan dictatorship suffered one of its worst weeks since it took power in 1999, as the Spanish High Court approved the extradition of former Venezuela’s national treasurer Claudia Diaz, while former military leader Raul Isaías Baduel died in prison and political operator Alex Saab was finally extradited to the United States after being detained in Cape Verde in June 2020.

The three episodes represent a significant hit to the socialist regime of dictator Nicolas Maduro, considering that each of these figures played a significant role in the so-called Bolivarian revolution in different periods of time. What happened to Díaz, Baduel and Saab, could affect the Venezuelan dictatorship in different manners in the near future.

The end of Díaz’s dolce vita.

Claudia Díaz used to be part of former dictator Hugo Chavez’s inner circle during his last years, to the point where she even became his personal nurse when he was treated for cancer. However, his most important role in the socialist regime was being the country’s national treasurer for two years.

During that time, she was part of a massive corruption scandal with a state-run investment fund named Fonden, getting $100 billion in illegal businesses. A couple of years later she escaped to Spain, with Maduro seeking her extradition to Venezuela. Meanwhile, the United States was also asking for her extradition with accusations that included money laundering. 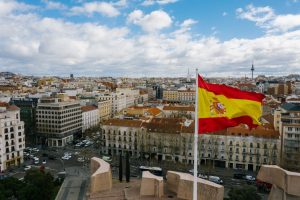 In Spain, she lived a luxurious life, with different reports claiming she even bought some of the most expensive mansions in the country. Her extradition to the United States represents a dangerous situation for the Venezuelan dictatorship, considering the delicate information she possesses about many other regime figures that were also involved in the illegal operations she was part of while being Venezuela’s national treasurer.

The death of Baduel.

A couple of days after the Spanish High Court announced it was approving Diaz’s extradition to the United States, former Venezuelan regime’s Defense Minister and retired general Raul Baduel died in a Caracas prison. While regime authorities say he died f COVID, Baduel’s family claims he was sick for years and the dictatorship let him die.

The history of Baduel represents the greatest evidence of how the revolution eats its children. After all, Baduel was one of its most prominent members, but was arrested and thrown into jail after deciding to stand against the authoritarian path that Chavez was taking during the 2000s.

Right after Baduel’s death, news came from Cape Verde confirming that Alex Saab was being extradited to the United States, after being detained by local authorities on 2020 following accusations by American authorities of money laundering. He was detained in the African country when his plane stopped there to refuel.

According to independent news media, Alex Saab is a Colombian political operator that became one of the most important figures for the Venezuelan regime over the last few years. After all, he was allegedly the person who coordinated all types of businesses with foreign governments and companies in order to dodge the economic sanctions imposed by the American government against the Venezuelan oil industry.

His extradition to the United States represents the worst-case scenario for Caracas, considering that Saab is the person who knows all the corrupt schemes that the Venezuelan regime has been doing to make illegal oil businesses. Moreover, numerous investigations suggest that Saab is the person who manages Maduro’s fortune, which different reports point out that a huge portion comes from drug trafficking.