In part one of this Swans journey we finished the silver disc (Tracks 1-12) and in part 2 we will cover the copper disc (Tracks 13-26). This side starts off with ‘Red Velvet Wound’, a song that sounds alien and upbeat for Swans with its baroque pop influences. This light sound is not only contrasted with lyrics about sinning but is also quickly drowned out by the sampling of ‘Red Velvet Corridor’ as if this song is reintroducing us back into the twisted world that is “Soundtracks for the Blind”.

The next track is the third centerpiece on the album ‘The Sound’, which in my opinion is one of the greatest songs ever conceived. This monstrous song starts quietly with a very simple piano melody reminiscent of Pink Floyd’s ‘Time’ and a low warbling drone that hangs ominously in the shadows. After some instrumental introduction, Gira begins singing and these lyrics harken back to the themes of ‘Helpless Child’ as this song is a reflection on the protagonist’s relationship with his mother. Our character boils this relationship down to its basic core “You despise, I love”.

When Gira stops singing the magic of this song truly shines because from 4:00-10:00 this song evolves. Layer by layer Swans adds more instrumentation, each instrument doing something incredibly simple but distinctly dynamic. These layers keep building and building and just when you think the song has reached its peak and it can’t get any more insane they add more. It evolves until its nothing more than one intense sound possibly reflecting the mind of our character as he tries to rationalize his relationship with his mother but now as an adult.

After the storm of this song dies down Gira comes back with more lyrics: “Mother, I, I was wrong, I am wrong, You were wrong, I am Wrong.” Maybe upon the intense reflection portrayed by the music he realized more about his mother and understood her actions. He could also be blaming his failures on his mother rather than himself; something he might have been doing throughout the album.

‘Her Mouth is Filled With Honey’ is one of the eeriest and creepy tracks on the album. This short Swans track features strange drones and odd chopped-up vocal samples until it cuts to a recording of Jarboe’s father witnessing some strange behavior from Jarboe. It turns out it was Jarboe’s first time taking LSD. This is almost comically contrasted with the next song ‘Blood Section’ which is possibly the most uplifting and positive song on the album. While it has no lyrics its euphoric guitar-driven sound stands out on the album.

The next song ‘Hypogirl’ takes a twisted and demented look at love. Of course Swans would perverse the most positive and important human emotion and turn it into a sick nightmare. Our character might be in love but his version of love has been shaped by his life which is not the kind of love someone wants in their life. This leads into the track ‘Minus Something’ which brings back the same voice from ‘The Beautiful Days’. The female character has had so much taken from her that she feels as though all meaning has been stripped from her life. She has become numb.

Swans go for a more “traditional”’ approach to music for the song ‘Empathy’ which uses gloomy rock instrumentation to tell its story. The story of this song (or more appropriately a nightmare) is taken from Michael Gira’s book of short stories called The Consumer. This song is taken from the story of the same name.

The story is…gross to say the least but I don’t think we have to mention the story here as we can take the songs lyrics as a reference back to ‘Hypogirl’. Our character is stuck in a toxic relationship but this time we see that he isn’t the only one being harmed. This leads into the dark reflection of ‘I Love You This Much’ with its intense drones and dramatic tones. Perhaps this is the ultimate breaking point or maybe it’s just another cavernous journey of introspection.

‘YRP’ is Swans’ take on the intergenerational cycle of power, corruption, and control. In fact this song is a reworking of a previous song, ‘Your Property’ from their 1984 album “Cop”. This version however is incredibly different. Instead of a raw pummeling no-wave song, this version is a slow, dark, ambient post-rock song. This song explores our character accepting the ownership by those in charge and older than him. He now also realizes that he will be in charge and will now own people in the same way he was abused himself.

Swans briefly take us back to their sound from albums like “White Light From the Mouth of Infinity” on the song ‘Fan’s Lament’ which brings a calming but regal sense of sound that works its way into ‘Secret Friends’ a similarly calming track that devolves into an impending sense of doom. This calming sound might be a brief moment of serenity as we enter the last centerpiece on the album.

Keeping with the name ‘The Final Sacrifice’ is spiritual in nature. With its references to Jesus and God this song sees our protagonist finding spiritual enlightenment. Swans build with layers of ambient tones and discordant guitar plucks as this song builds to almost nothing only to be ramped up by ‘YRP 2’ which consists of repetitive instrumentation and Jarboe’s hellish yells.

What happened here? Did our protagonist find inner peace through immense triumph and anguish? Or perhaps he was left to become insane like the rest of us. We never get a clear-cut answer as the last track ‘Surrogate Drone’ consists of a droning distorted guitar that fades into the end of a tape recording.

The album doesn’t finish with a heroic anthem or dive with an earth-shattering dirge. Like life itself the album leaves you puzzled and confused, but that’s ok as it allows the listener to project their own meaning onto this album. I’m not going to sit here and tell you the answers to this enigma of an album and neither is Swans. The only way to truly enjoy this odyssey is to sit down and listen. 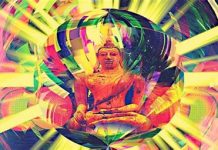 Buddhism and Psychedelics: A Holy Union or Misguided Blessing? 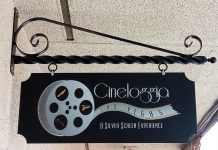 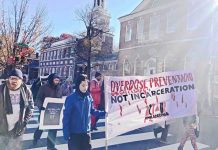 Safe Consumption Sites: A Desperate Measure in the 21st Century? 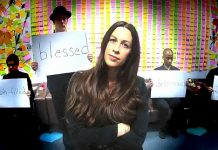 Empathy: The Power and Beauty of Personal Connections in the 21st Century