“Rapunzel! Rapunzel, let down your hair!” Many of us are familiar with these lines from the fairy tale, Rapunzel. And though there are many variations of this tale, the most familiar is probably the brothers Grimm version, first published in 1812. In that version, Rapunzel is bartered as a baby to a witch in return for access to her stock of rampion (a derivation of Campanula rapunculus, an edible salad green or root vegetable), the only food the Rapunzel’s mother wanted to eat during her pregnancy.

When Rapunzel turned 12, the witch imprisoned her for several years in a tall tower and used Rapunzuel’s beautiful, long hair to ascend the isolated tower and visit Rapunzel. One day, a prince riding through the forests heard Rapunzel singing and was captivated. Using her hair to climb the tower, the two fell in love, keeping it a secret from the witch, until Rapunzel mistakenly admitted to their clandestine affair.

As a result, the witch cut Rapunzel’s hair and cast her from the tower into the wilderness, furtively assuming her identity in the tower in order to trick the prince into climbing the stolen locks, where she confronted him. While the prince escaped with his life by diving from the tower, his fall caused his eyes to be scratched out by the thorns of the bush he fell into, thus leaving him blind. As he wandered through the woods, he heard the familiar voice, that of Rapunzel, singing. Upon finding her, Rapunzels tears of joy restored his vision, and the two went on to live in happiness in his kingdom.

Many scholars ascribe to the biblical theme of the ramifications of taking a “‘forbidden fruit” to their interpretations of Rapunzel. So much like Adam and Eve ate of the fruit of knowledge and lost their innocence and protection from suffering provided by God, Rapunzel’s mother ate from a garden that her husband stole from, thus costing her Rapunzel’s freedom. As Sarah Sawyer writes, “The eventual consequence of her transgression is the life of her daughter. In most variants of the Rapunzel story, the desire for forbidden fruit, the surrender to temptation, and the painful results are the same, a sequence of events that carries echoes of choices made in the Garden of Eden.”

In this sense, the theme is ultimately about a fundamental betrayal of love. Fairy Tale Central puts it this way: “If the parents had embraced their love for their unborn child, perhaps they would have realized they couldn’t take any risks. They knew their neighbor was a dangerous witch. If they were really smart, they would have moved far away from her before Rapunzel was born, to assure their child could live in a safe area. Instead, they let selfishness and fear overtake any love within them, and lost their child.”

While those are valid interpretations, I don’t think they are imaginative enough to capture the deeper dynamics of the human condition. What intrigues me most about the fairytale is the subtext involving the exile and wandering of both Rapunzel and the prince. Although on the surface, they are wandering for different reasons, the root cause of their wanderings can be traced back to their encounters with the witch.

So from an archetypal perspective, both Rapunzel and her lover embody the hero’s journey, though admittedly abbreviated. And although the witch is undoubtedly a cruel and selfish character, this embodiment of evil is the transitionary element needed for Rapunzel to find true freedom, and for both Rapunzel and the prince to discover true love.

The writer Madhurya Gajula captures this ethos, stating, “All in all, without the strain between the good and evil character archetypes and the romance between the royal and the good character, it would not be possible to comprehend how a connection between two people affects an individual’s temperament. The hero’s journey exemplifies how the connections between the prince, the Dame [witch] and Rapunzel formed and analyzes their strengths to reveal why Rapunzel grew as a person with the prince instead of the Dame.”

Similarly, though we may ascribe evil to those that hurt us in some significant way, an enlightened interpretation is that these people may be playing the role of an unwitting emancipator, setting us free to find our own unique path, thus liberating us to create a more meaningful and rewarding journey of self-discovery and redemption, much like Hansel and Gretel.

This concept of wandering and redemption has ties to multiple cannons of literature. Recall the wandering of Christ in the desert and his later struggles with self-doubt prompted by the serpent, a symbol of evil. And while Christ ultimately overcame his fears in the garden of Gethsemane in order to become the final sacrificial lamb, he did not do so without great sacrifice and pain. In both Matthew 27:46 and Mark 15:34, Christ spoke out “My God, my God, why have you forsaken me?”

Similarly, Joan of Arc endured all manner of prejudice and humiliation. But she used this pain as a motivating force to fulfill her visionary role in helping the French win independence from the British empire. Likewise, Winston Churchill wandered in a political exile due to his decisions as Secretary of the British Department of State of War, which caused thousands of men to unnecessarily (from a historical perspective) lose their lives in the trenches of France, which was embroiled in the evils of WWI. Eventually, however, Churchill redeemed himself as the prime minister who refused to bow down to the evil of the Nazi regime, thus saving Europe and the West from an extended holocaust and enslavement.

Relying on his steely resolve, he helped not only himself overcome his doubts and internal suffering, but extended the heroics of England to the world, arguing, “Hitler knows that he will have to break us in this island or lose the war. If we can stand up to him, all Europe may be free, and life of the world may move forward into broad, sunlit uplands. But if we fall, then the whole world, including the United States, including all that we have known and cared for, will sink into the abyss of a new Dark Age.”

Even Martin Luter King, whose broad shoulders bore the full onslaught of a racist system that eventually murdered him, had his “moments of doubt and pain.” Jerry Large of the Seattle Times points out, “As a young man in seminary, King struggled with his faith. He didn’t believe being born again was crucial to being Christian. He questioned the virgin birth.”

Essentially, our encounters with evil lead us to suffer, but out of this suffering emerges a new sense of purpose, a revival of our faith in ourselves and in the mysterious powers of the universe to open up landscapes of unlimited possibilities. From this point of view, doubt and faith are merely two sides of the same coin, and our ability to spend this entire coin is the secret to finding fulfillment and happiness.

Sensei Sevan Ross, director of the Chicago Zen Center, explains how these seemingly diametric forces are actually one entity in the Dharma talk, The Distance Between Faith and Doubt:  “Great Faith and Great Doubt are two ends of a spiritual walking stick. We grip one end with the grasp given to us by our Great Determination. We poke into the underbrush in the dark on our spiritual journey. This act is real spiritual practice—gripping the Faith end and poking ahead with the Doubt end of the stick. If we have no Faith, we have no Doubt. If we have no Determination, we never pick up the stick in the first place.”

The lesson, then, is to learn how to use our suffering, an expression of our self-doubt fostered by our encounters with evil, to propel us forward in our quest for individuation and the realization of our personal and spiritual potentials. This can be applied to the metaphorical deaths we all must deal with, as we learn to let go of hurts and wounds that keep us stuck in the past, or even our material death, the ongoing source of angst that has served as humankind’s crown of thorns.

In the movie, Jacob’s Ladder, in which the main character, Jacob, is haunted by a myriad of menacing figures whom he perceives as devils and demons, his friend Louis explains the reason behind Jacob’s suffering:

“Eckhart saw Hell too. He said: The only thing that burns in Hell is the part of you that won’t let go of life, your memories, your attachments. They burn them all away. But they’re not punishing you, he said. They’re freeing your soul. So the way he sees it, if you’re frightened of dying and… and you’re holding on, you’ll see devils tearing your life away. But if you’ve made your peace, then the devils are really angels, freeing you from the earth. It’s just a matter of how you look at it, that’s all. So don’t worry, okay? Okay?”

Seen in this light, Rapunzel’s trials were stepping stones, painful as they were, to a better life, one filled with love and connection, rather than bitterness and isolation. 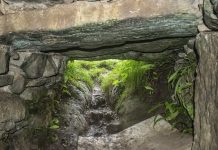