Pablo Escobar has been one of the main figures in Colombia’s modern history, because of the way he managed to become one of the most powerful drug lords in history and create an absolute turning point in the South American nation.

Since he created the Medellin Cartel, what started as a millionaire illegal business suddenly became a horrible bloodbath where the “paisa” druglord started to kill everyone who stood in his way. This included policemen, politicians, and especially innocent people.

Given Pablo Escobar’s fame and the war between the Medellin Cartel and the Cali Cartel, Colombia started to get an incredible amount of notoriety. In fact, almost the entire world knew this country and this man because of what was happening. Because of cocaine, drug trafficking, and the massacres.

While not so many people in Colombia like to talk about everything that took place during Pablo Escobar’s reign of terror, and the way he changed the South American country in such a horrible manner, here in Newsweed we found a man named Novile Humberto. He managed to survive this period and was willing to answer some questions about it.

Considering what the former drug lord did, many people around the world didn’t know anything about Colombia before his rise. Given this issue, we asked Humberto what was like to live in the South American nation during this period. He responded that it was a hard reality, with plenty of problems that forced Colombia to live in a significant crisis.

However, he explained that while violence existed, it wasn’t the level of “craziness” and “cruelty” that the world saw during Pablo Escobar’s period. Moreover, he explained that what many people fail to understand is that “Colombia lived the same way during Pablo’s era until he decided to get in the Congress and then kill Justice Minister Rodrigo Lara Bonilla. It was right after that moment when Colombia started to fell into a violent hell.”

Colombia during his reign of terror.

On the other hand, when asked about how it was living in Colombia from that moment until his death, Humberto told Newsweek that it was some kind of “bipolar” world. After all, he said that Colombia’s “aesthetics” changed radically since “you were used to watching old cars on the streets, and then you suddenly start to see the newest ones.” Humberto explained that this reality was combined with the one of extreme violence and bombings.

“It was all a nightmare because every time you came out of your house to go to work or do whatever you needed to do, you didn’t know if you were going back home that day. You need to understand that Pablo’s bombings were the worst thing in the world because these bombs would not only kill his main target but also a lot of people who were around. These bombings were a horror show that killed so many innocents. Children and women included,” Humberto said.

At the end of the interview, we asked Humberto which were his thoughts about the people around the world that has romanticized Pablo Escobar’s life and have even expressed admiration for him. 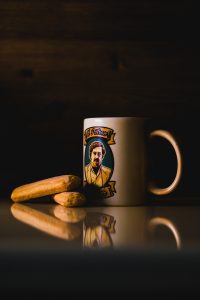 He explained that he didn’t think it was admiration. “I honestly believe this situation has nothing to do with admiration because it is impossible that any person in the world can somehow admire such a criminal and murderer like him. However, I do believe that what people feel is curiosity. Curiosity for a man of these characteristics. For a man who was willing to do so much evil in order to fulfill his ambition. For a man who became so incredibly rich and so incredibly famous.”