I’ve always considered myself pretty healthy. I’m the type of person who would go to the gym on my lunch break just to make sure I could fit it in. So, when I started having back problems, I dismissed them for a long time. It wasn’t until I visited the urgent care clinic and was prescribed opioids five times in the same year that I realized I had bigger issues.

About a decade prior, I had been in a serious car accident and suffered a broken neck. The fact that I was able to walk away was an extreme stroke of luck and a message that God was not finished with me. It took months to heal, and I still have scars to remind me how quickly things can change.

Anyhow, one doctor visit led to another which led to an MRI and a consultation with a surgeon. After weeks and weeks of testing, imaging, x-rays, and consultations, it was determined not much could be done in the way of correcting things. Before I knew it, I was labeled permanently disabled and sent to pain management.

My first visit at the pain management center was rather thorough. I filled out the equivalent of a small book’s worth of paperwork, giving them intimate details about my life and how it had changed due to the pain I suffered. After an hour’s time, the doctor gave me several prescriptions and I was on my way with an appointment to return the following month.

My prescriptions included oxycodone and morphine for pain along with daytime and nighttime muscle relaxers. There were also arthritis medications and pharmaceuticals for nerve pain along with compound creams and patches to wear on my skin. The day I started taking my meds, I hardly knew which way was up!

Many of the prescriptions couldn’t be filled at your run of the mill pharmacy on the corner. The creams and patches were compound medications that had to be special ordered through the mail. The narcotics came from the hospital’s outpatient pharmacy because big box retailers didn’t have the stock to fill my prescriptions.

I was actually turned away from Walgreens and CVS because they said if they filled my prescriptions then they wouldn’t have enough left over to process orders for other people. I never really understood that because I felt like my money was as good as the next person’s and the end result would be the same.

I also didn’t expect to be treated like a drug addict for being prescribed opioids. The pharmacy tech studied my prescriptions, stared at me for a bit, and then consulted the pharmacist before turning me away. This happened at every pharmacy I visited until I got to the hospital.

Federal regulations deem that patients can only be given a 30-day supply of opioids at one time. This meant that, if taken as prescribed, I had to run completely out of medication before I could get a refill. It didn’t occur to me that this may present a problem if my refill date fell on a holiday or a day that the pharmacy was closed.

In any case, I finally settled into a routine. The medication helped tremendously, and I felt like myself again. My youngest daughter and I were back to sneaking off to the park before school and I could function somewhat normally. I still had to be careful but daily activities were achievable. At the time, I was just happy to have some relief.

As the months passed, I was not prepared for the weight gain. Apparently, it’s almost always a side effect of taking morphine and can be a side effect of the oxycodone as well. I guess taking the two together is just a recipe for fat-n-happy because they also stimulate appetite.

It’s been nearly 10 years now and my weight is a constant battle. Diet and exercise are the only real ways to prevent excessive weight gain, but the scope of my physical activity is limited. I suspect I’ll never get back to my previous size but it’s a small price to pay to be able to function somewhat normally.

The other thing I was not prepared for was the bias and discrimination that came along with taking these types of medications. The ‘war on opioids’ has all but made it impossible for normal law-abiding citizens to get the much-needed medications they are prescribed. I understand that some doctors tend to over-prescribe, and many patients doctor-shop to engage in illicit activities.

Yes, these are serious issues that need to be addressed but there should be a protocol in place that does not punish legitimate patients who need narcotic medication to function. Contrary to popular opinion, there are people who endure extreme, gut-wrenching pain that requires narcotics to control.

These are everyday moms and dads, grandparents, friends, siblings, and even professionals. They are just people who want to live a normal life and need an advocate on their side. When you hear the mainstream media refer to the opioid crisis, they are lumping together heroin addicts who steal and buy drugs off the street with legitimate pain patients who are being strictly managed by medical professionals.

Maybe it’s me but that just doesn’t seem right. I submit to a monthly urine screen and there is substantial medical evidence to authenticate my pain. I’ve seen multiple surgeons over the years, and they all agree. My issues are more likely to worsen with surgery than they are to improve. None have recommended surgery or a different course of treatment after reviewing my records.

Any visit to another doctor involves a long, drawn-out consultation because they assume I am uneducated about my medications. I once visited an urgent care center because I had strep throat and needed some antibiotics. A 30-minute visit took 90 minutes because the young doctor who had never reviewed my medical chart felt compelled to lecture me about the strong medication I was prescribed.

I’m sure there are thousands of pain patients out there like me. In fact, many of my issues are degenerative and continue to worsen over time. As the years pass and my physical condition deteriorates, it takes more medicine to get relief. My body has grown dependent on the medications, another unexpected side effect.

Patients must also be cautious about how they convey information to their doctors. You can’t go in and just tell them you feel like you need more medicine because this is labeled as drug seeking behavior which is frowned upon. If your urine test reveals that you are not taking all the prescribed medications, you are labeled as noncompliant in your medical records.

This happened to me once. I had been on the same medication for six years and was having a lot of breakthrough pain. Being naïve and honest, I told the doctor that I thought I needed a little bit stronger medication. Rather than agreeing, he prescribed me Lyrica.

I don’t have, nor have I ever been diagnosed with fibromyalgia, diabetic nerve pain, seizures, or restless leg syndrome. I explained that I wasn’t comfortable adding an eighth pill to my regimen and didn’t feel like I needed a new medication. I just wanted to increase my pain medication from 7.5mg to 10mg, not a big jump.

A lost or stolen prescription is just your problem, whether it has been filled or not. It will not be replaced. They do not care what happened or how you feel physically. You will be treated like an elementary school student who failed to follow directions after being told multiple times. It really is a travesty.

Most doctors and medical facilities understand that they are providing a service which their patients are paying for. They at least strive to meet certain quality standards. Unfortunately, it seems that pain management centers have this backwards. They know that the patients who grace their hallways are usually desperate to control the pain. Once they’ve been there a few times, they are also physically dependent on the medication they’re prescribed.

This gives the pain centers an unfair advantage. They know their patients need them and will continue coming back even when they’re treated poorly. After the first few visits, patients are herded in and out like cattle stopping only to run their debit cards. Those who have the gall to decide they’d like to be treated better have a hard time visiting another pain center.

Most pain management centers will not even make an appointment for a consultation until a patient has been completely released from the previous doctor. Doctors do not prescribe medications to patients they release and there is certainly no guarantee the new doctor will either. For someone like me who has been taking strong narcotics for several years, this can be quite a risky endeavor.

Managing chronic pain with opioid medication is not easy. There is a fine line between bearable and excruciating, managing pain and treating it, addiction and dependence. It takes mental strength and a strong will not to be overcome. If you find yourself or someone you love needing pain management, think long and hard.

If there are no other options, be sure to do some research. Try to find a doctor you can really partner with, which is much easier said than done. If possible, check reviews and talk to previous or current patients. Then find a good pharmacy, expect side effects, and choose your words carefully! 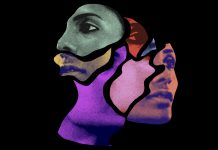 Psychosis and the Dark Night of the Soul: A Shamanic Perspective 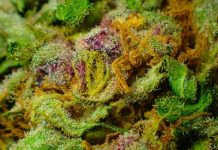 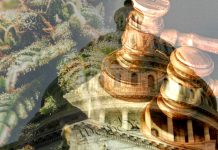 Marijuana Legalization and Usage: The Good, The Bad, and The Ugly in 2021 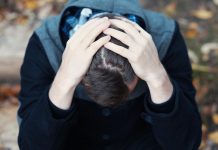 Loving a Heroin Addict: Confessions of a Chronic Enabler