Is marijuana addictive? A simple question, that deserves an easy to understand, answer. After all, cannabis has been around since the dawn of man. So it is, or it isn’t. Which one?

Now, if seeking a highly educated, book-smart person to give you a simple yes or no response to that, then you’re looking in the wrong place. I’m not that guy. But wait!

I started inhaling marijuana, at age 12, back when, Richard Milhous Nixon, was President. So if seeking an experienced cannabis user, someone like myself, with a GED I earned, back in the Spring of ’78 (at age 16) to give you an honest answer as to if cannabis was or wasn’t addictive, then don’t look, any further.

Back in 2016, on September 9th, I purchased my first legal bag of, weed. I moved from Dallas, Pennsylvania to Fort Collins, Colorado, the day before. The whole, buying pot in a store legal experience, tripped me out. In a good way! For as long as I’ve been buying pot, this was the coolest experience, ever. Think about it. Up until that point, every time I purchased marijuana, I took a chance of going to jail. Instead, I secured from a pretty female budtender, one gram of, Purple Urkle. It’s a mild, feel good all over, indica. I smoked all of that and then managed to continually stay high, up until the 19th of November. Of this year; 2019.

For clarification, I mean, that I stayed medicated, all that time. Just over, three years. More people than I can count can attest to this. Some, including outstanding members of the community. Never was I, not buzzed. I made friends with people during this time who never, even the ones I lived with, been around me when I wasn’t under the influence, of marijuana. I never allow myself to become, too medicated. So please don’t get the wrong, idea. And, I’m not bragging. It just, kind of happened. I became legally disabled in 2011. And then came this sea of, prescribed opiates. Pain management. For two solid years. As a hobby, I use to like watching, zombie movies. But not feeling like the undead, in real life. So I stopped it.

I received a flu shot, this past September. It didn’t stop me from getting super sick, in November. I was so ill, that I went for eight straight days without smoking, bud. And I have a very cool lady friend who can attest, to this fact. The bong or pipe that I use on a regular basis wasn’t used, all 8 days. Not by myself nor anyone else.

If anyone could or should have become addicted, after all the medical strength weed that I consumed when in Colorado, or here in Nevada, it would have been I. In the middle of my sleep, I will get up to pee, and then do a couple of hits, before heading back under the comfy blankets. Add that to how much I smoke, during my waking hours.

My, very cool lady friend, will go to court and swear to a judge that never one time did I go through any withdrawals, during the smoke-free 8 days and nights. So, no jonesing! No irritability! And I can’t say I had any usual break in character, except for being, sick.

While in court-ordered rehab, my bed was nearby a guy going through heroin withdrawal. I was 17 years old. It was horrifying to hear the poor soul, go through that. He had become physically dependent. The young man was truly a drug, addict.

My Mom died a real alcoholic at age 49 when I was seven years old. She had a nasty habit of hiding booze bottles, all over the house. I imagine, so never to run out. A professional musician. Had a sickness beyond her control. Drank to excess. She ultimately suffered the consequences.

I smoked lots of medical strength marijuana, continually, for a few years. During that time I suffered from my usual chronic pain, yet I didn’t do any opiates or drink that much booze. I just handled it, better.

I concluded years ago, as I do now, that based on my own personal experience, marijuana, even taking into account smoking cannabis having THC counts in the low 30s, on a daily basis, is not, and I repeat, is not, addictive. Physically, or mentally. My lungs, according to my doctor, are good. But I do have, COPD (non medicated). Comes from over three decades of, smoking cigarettes. I quit in November of 2007. One of the hardest things I ever have done. I would center my life, around this addiction.

Anything that can improve the quality of life, is worth looking into. Regarding cannabis, while some adults can have similar results to mine, not all human beings are exactly the same. We are unique in many ways. Be careful. Then and only then…if it feels good, do it. 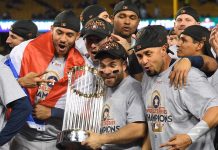