On June 1, 1926, and 12 years later, in 1938, two new forces were born: Marilyn Monroe and Superman. And although separated by more than a decade, these two icons share the important themes of corrupted innocence and power. Underneath Superman’s calm swagger and infinite capacity to do good lives his secret Clark Kent identity, a man who fumbles his way through life, including his job as a journalist and his awkward jabs at romance via Lois Lane.

The same could be said about Monroe, for beneath her superficial innocence lay a potent femme fatal, (though more to herself than anyone man in her life), a women whose power was wrapped up in an understated yet palpable sense of sexuality and fragility that brimmed beneath the surface of her Hollywood persona.

Superman: Innocence and Corruption Beneath the Cape

Originally conceived by writer Jerry Siegel and artist Joe Shuster for DC Comics, Superman first appeared in Action Comics, no. 1, June 1, 1938. And beyond the incredible triumph of this singular American emblem of freedom and strength, Superman’s success permeated the comic book industry as a whole. As Michael Eury points out in his Britannica post, “The success of Action Comics no. 1 spurred the creation of a new superhero industry, with a host of comic book publishers sprouting virtually overnight.”

But the strength of Superman may have more to do with his reserved and calm demeanor than his feats of nearly unlimited strength and speed. As Christopher Reeves, the actor who played Superman in four movies, stated, “What makes Superman a hero is not that he has power, but that he has the wisdom and the maturity to use the power wisely.” In his shy, reticent manner, Superman embodies the best of both worlds: incredible power tempered by an inner sense of self control.

In general, Superman doesn’t typically fly off the handle or get easily provoked by his foes (though he does fly off of buildings and street corners). Yet, in the evolution of the comics about him, nothing is either simple or black and white for him. Especially in the darker DC Injustice comics, where he is not only vulnerable, but prone to deadly mistakes.

As Kathy Leroy writes in her article 10 Biggest Mistakes Superman Ever Made (That We Can Learn From): “One of Superman’s most defining features is his wish to always do the right thing, to help and save as many people as possible. That doesn’t always work out the way Superman might have imagined since even he’s not perfect.” Leroy goes on to expose some big problems the Kryptonite-born hero creates.

To begin with, Superman leaves his widowed mother, and Lois Lane, who is pregnant with his baby, alone for five years in order to visit his home planet. This makes him an insensitive son and a deadbeat dad, though to be fair, Superman is unaware he is the father of Lois’ child. Still, he doesn’t get any super points for his selfish actions either. His track record is not much better with his cousin, Supergirl, whom Superman sends to live in an orphanage, Leroy points out.

Superman even turns evil in the comic line Injustice: Gods of War, taking a dark vigilante stance as he shatters Batman’s spine in a fitful rage caused by the death of Lois Lane at the hands of the Joker.

Still, the most common impression imprinted upon the collective American psyche is of the protector of the weak and powerless. As Joseph Michael Straczynski, an American television and film screenwriter, producer, director, and comic book writer said so eloquently, “The whole point of Superman, as originally created, was to be the ally of those who had no other allies. It put that magnitude of power, the most powerful guy in the world, in the service of those who had no hope, no chance.”

There are similar dynamics encapsulated in the image of Marilyn Monroe, though perhaps more implied than direct. Born Norma Jeane Mortenson, Monroe spent most of her childhood in foster homes and an orphanage, marrying at the tender age of 15. Monroe undoubtedly lost her innocence in a traumatic manner, as her husband, John Newton Baker, was an abusive man nine years her senior, leading her to eventually divorce Baker.

Even her childhood was marred by violence; Monroe was the victim of child abuse. As revealed in her biography Marilyn: The Passion and the Paradox, by Lois Banner, Marilyn was much more than a movie sex symbol: “She also confirmed the childhood sexual abuse that would sometimes manifest itself in aberrant behavior. Later in life, Monroe would speak publicly about that abuse…” It must have taken almost Superman-like strength for Monroe to divulge such deep secrets in the fairy-tale picture so falsely promoted by 1950s Hollywood.

Much like Superman, Monroe had a secret inner life, one based on taking extraordinary risks, even going as far as using disguises. As Banner explains, “She had put together this whole fantasy world for herself in addition to the regular world in which she lived. She liked to do daring and dangerous things.” And even though Monroe is best remembered for her blond bombshell image, this is merely a patina of her personality, for Monroe had much greater depth as an actress and person than most people give her credit for.

Like Superman overcame his nervous, clumsy inner Clark Kent, Monroe conjured an inner strength of transformation.  American film critic and author Jonathan Rosenbaum, noted that “she frequently played ‘dumb blonde’ characters based on sexist stereotypes — ie. that attractive women cannot be intelligent — but she always found a way to subtly subvert these stereotypes.”

But also much like Superman, Monroe was ultimately vulnerable to excesses. Living in the shadows of her cinematic failures, “Let’s Make Love” (1960) and “The Misfits” (1961), Monroe eventually became addicted to a myriad of prescription medications she undoubtedly used to numb the pain suffered by the emotional and physical traumas that life piled upon her.

The End of the Innocence

On August 4, 1962, Monroe was found dead in her bed. Dr. Howard Markel captures this tragedy in his column Marilyn Monroe and the prescription drugs that killed her: “On Marilyn’s bedside table was a virtual pharmacopoeia of sedatives, soporifics, tranquilizers, opiates, “speed pills,” and sleeping pills. The vial containing the latter, a barbiturate known as Nembutal, was empty.”

Americans were shocked and horrified. The Tucson Daily Citizen portrayed it poignantly: “Marilyn Monroe’s body lay today in the county morgue—in a tragic climax to a lifetime of personal sorrow  that even wealth and fame couldn’t ease.”

And though “the candle burned out long before the legend ever did,” we should acknowledge that Monroe was an unsung hero, a superwoman whose kryptonite was her sensitivity and seemingly naïve understanding of the poison of Hollywood, which at once creates heroes even as they simultaneously destroy them.

We would just love it if you took some time out of your day and answered a few questions for us. You can help us bring you content that you are more interested in. Also, keep on the lookout for new, more interactive ways to engage with Newsweed. Just go to https://newsweed.com/featured/newsweed-interest-survey/ and give us your thoughts! 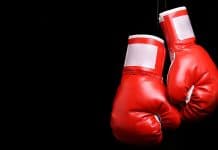 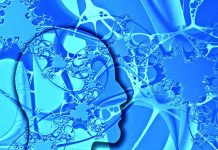