Is finding an Unbiased Journalist possible?

Want a job reporting for Newsweed? Just show us you are unbiased!

To the manipulators, say Hi to Madoff when you get there. With today marking the death of the infamous Bernie Madoff, I can think of one word: Liar.  I am not sure if America has all become a bunch of liars or if we all are beginning to believe our lies. Is Bernie Madoff a symptom of society? I am sure on any given day he looked and smelled like a winner to most people. He certainly was interviewed enough times by reporters before the crime was discovered. I am also sure that his investors all made decisions based on information they gathered, as well from the newspapers and stories that were hashed forward second-hand. It’s hard to believe someone could carry a lie forward for so long. It’s hard to believe that a Ponzi scheme can even be pulled off in this day and age.  I mean, we have cameras everywhere, an SEC, and our education system costs so much that we must be producing the smartest investigative journalists possible? Maybe?

A journalist should be curious, not looking for fame, and should be more than just a grammar cop.

After weeks of combing through resumes and speaking to many people with a background in journalism or a recent education, the majority of people claim to have a mission or an agenda. Many of the people that we have interviewed pointed out that they stood for social justice, transgender and LGBTQ rights, and Black Lives Matter. They also claimed that they were not for fake news like was delivered by the last administration. Many also claimed that blue-collar workers tend not to be the people that support anti-vaccine behavior and blah blah blah. Newsweed is not looking for people with an agenda or a mission. Newsweed is looking for just the facts and to report both sides of the story so that the audience can decide.

If you want to change someone’s opinion, just change the information you give them!

Newsweed is not here to tell people what to think. Newsweed is here to give people straight, simple information so that people can think. It has been said that if you want to change someone’s opinion, just change the information you give them. At Newsweed, we want to give the reader both sides of the story so that the reader or listener can make their own decisions.

If you plan on applying to work at Newsweed.com, we want just the facts, and if you do give your opinion, you better be sure to give the opposing position as well. Enough already with trying to manipulate people’s minds.

The Origin of the Wuhan Virus Is Becoming Clearer, And It’s A Frightening Picture of the 21s Century 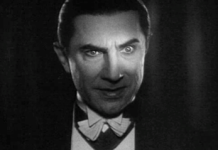