“If all you can do is judge a person by their appearance, because you don’t have the spirit to judge someone from within, you’re in trouble.”– Dick Gregory.

When most people think of Black breakthrough comedians, comedians that ushered in a new form of comedy while also addressing the weighty issues of class and racism, they probably conjure images of Richard Pryor or Eddie Murphy. And while both Pryor and murphy pushed the boundaries of stand-up comedy with their risque content and approach to racial issues, they were actually preceded by a man that most people, Black or White, have likely never heard of: Dick Gregory.

Born October 12, 1932, Richard Claxton Gregory was an American comedian, civil rights and vegetarian activist who left his imprint on not only the world of comedy but on American conscience as well. From his humble beginnings as a comedian in the U.S. Army, where Gregory won several talent shows, the unabashed standup forged new territories into the hearts and minds of Americans, using his irreverent form of humor to point out racial inequities while simultaneously making people laugh.

Given the widespread use of Jim Crow laws in Illinois, it was of course difficult for Gregory to gain ground in the standup-comedy circuit. And he was all-too keenly aware of the barriers he faced as well as the dark irony of those barriers, once remarking, “Blacks could sing and dance in the white night clubs but weren’t allowed to stand flat-footed and talk to white folks, which is what a comic does.”

While Gregory was initially confined to black-only nightclubs, he had his big breakthrough in 1961 when he successfully performed at the Chicago Playboy Club. With a mind as sharp for business as it was for comedy, Gregory parlayed his success into a six-week stint that resulted in a Time magazine feature story as well as a television appearance on The Jack Paar Show.

Gregory’s greatest talent was arguably his quick-wittedness under fire. Here is an example of his repartee, in which he uses his humor and wit to diffuse a tense situation centered around discrimination: “We tried to integrate a restaurant, and they said, `We don’t serve colored folk here,’ and I said, `Well, I don’t eat colored folk nowhere. Bring me some pork chops.'”

Yet beneath that quick wit was a deep pathos for the suffering of his people. Even with touchy subjects, Gregory did not flinch but somehow managed to summon the courage to find humor in an otherwise dark and disturbing milieu. He once quipped, “You know the definition of a Southern moderate? That’s a cat that’ll lynch you from a low tree.”

And Gregory was, for lack of a better term, a “cool cat,” taking advantage of the phenomenon that was the Beatles by befriending  John Lennon and as Rasta Livewire points out, “. . . was among the voices heard on Lennon’s anti-war anthem Give Peace a Chance,’ recorded in the Montreal hotel room where Lennon and Yoko Ono were staging a ‘bed-in’ for peace.”

Gregory was also a health activist, and his embrace of vegetarianism led him to make connections between the moral components of human murder and genocide and the killing of animals for food. Here is an excerpt from his memoir, Callus on My Soul:

I had been a participant in all of the “major” and most of the “minor” civil rights demonstrations of the early sixties. Under the leadership of Dr. King, I became convinced that nonviolence meant opposition to killing in any form. I felt the commandment “Thou Shalt Not Kill” applied to human beings not only in their dealings with each other—war, lynching, assassination, murder, and the like—but in their practice of killing animals for food and sport. Animals and humans suffer and die alike. Violence causes the same pain, the same spilling of blood, the same stench of death, the same arrogant, cruel, and brutal taking of life.

And later a variety of personal health issues led Gregory to work with renowned naturopathic physician Dr. Alvenia Fulton, with their partnership culminating in the book,  Dick Gregory’s Natural Diet for Folks Who Eat: Cookin’ with Mother. In his typical flippant style, Gregory wrote:“. . . I had visions of these beings from another planet going to the butcher shop with their meat list. I wonder what they’d call their butcher shops? They’d probably call them “folks shops.” I could hear them placing an order: “Give me a half dozen Oriental knees, two Caucasian feet and twelve fresh Black lips.” And the folks-shopkeeper comes back smiling and says, “These Black lips are so fresh they’re still talkin’.”

But of course, there was a very serious side to Gregory, who became increasingly committed to civil rights issues. According to the National Archives of Rediscovering Black History, “He organized with the Student Nonviolent Coordinating Committee (SNCC) encouraging voter registration drives, and in sit-ins to protest segregation, and participated in marches that were against the Vietnam War, World Hunger, and other social issues.”

His presence in the civil rights circles brought him into contact with the heavy hitters of the time, including his friendship with the icon Medgar Evers, which “ . . .prompted him to become increasingly involved in the struggle for equality, traveling extensively in the Deep South. He essentially tabled his career after Evers’ murder outside his home in Mississippi, which devastated him, throwing himself into the cause.”

Gregory went on to advocate for many other causes, including protesting the United States’ involvement in the Vietnam War and allying himself with the likes of Gloria Steinem and Betty Friedan in the push for equal rights for women. Yet throughout it all, Gregory never lost his sense of humor and his perspective that was informed by it, saying, “I waited at the counter of a white restaurant for eleven years. When they finally integrated, they didn’t have what I wanted.”

On August 19, 2017, Dick Gregory died at the age of 84 from heart failure. In honor of Dick Gregory, his legacy, and his positive and lasting impact upon civil rights and race relations, The documentary The One and Only Dick Gregory was created. Written, directed, and produced by Andre Gaine, the movie is a “. . . thoughtful film about a politically committed artist that doesn’t short the politics or the art, but instead examines how one fueled the other. . . “

In honor of Gregory’s wit, commitment to change, and his unerring sense of finding humor in the darkest of moments, I’ll leave you with a few more of his memorable lines;

One Epic Battle Between Beast and Sharkman of the Lowcountry 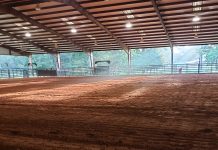