During a press conference, Colombia’s Defense Minister Diego Molano told local reporters that Fabian, who’s real name was Angel Padilla Romero, was ruling the so-called Western Front of the ELN, committing all types of crimes. Molano also explained that the ELN’s commander died in a hospital in Cali, which is known for being the country’s third-largest city. 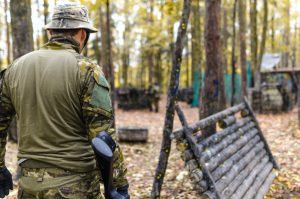 Apparently, Fabian was taken to a hospital in Cali after being severely injured in the jungles of the Choco province, following a bombing operation carried by the Colombian armed forces to neutralize the guerrilla leader. The Choco province has always been one of the main strongholds of this terrorist group, following the peace accord between FARC and the Colombian state.

According to Molano, far from dying immediately after the bombings, Commander Fabian actually passed away 10 days after the operation. This detail represented a surprise for many media outlets and social media users who claimed that the ELN’s leader may have survived the bombing.

“We have made the hardest hit against the ELN in the course of the government of President Ivan Duque,” Molano told local reporters in the news conference. In addition, he described Commander Fabian as “the most important leader of the ELN still in Colombia.”

ELN in Cuba and Venezuela.

The reason why Defense Minister Molano was quite specific in mentioning “Colombia,” is the fact that the ELN is not only operating in this country. After all, different investigations from independent media and several reports from the Colombian intelligence agency revealed that the Marxist terrorist group is also operating in Venezuela.

In fact, it has been proved that the socialist regime of Venezuelan dictator Nicolas Maduro provides safe haven for the guerrilla and even allows them to conduct drug trafficking and illegal mining operating in different parts of this country.

On the other hand, another important part of ELN’s leadership is currently hiding in Cuba, with the permission of the Communist regime in Havana, which was always characterized for financing guerrillas and Marxist terrorist organizations in Latin America. Of course, we’re talking about a pretty delicate situation considering that the ELN has the chance of planning terrorist operations in Colombia from foreign nations where they feel safe.

Another surprising detail that the Colombian Defense Minister gave about Commander Fabian’s killing was that the Colombian armed forced captured him alive after the bombing. In fact, they were the ones who actually took the ELN’s chief to the Cali hospital so he could treat his wound and then get arrested.

“We captured him alive, we gave first aid and he was moved to a hospital in Cali where he died while receiving medical attention,” Molano told local reporters, pointing out that seven other members of the ELN who were also in the Choco jungles with Commander Fabian were killed in the bombing as well.

The Defense Minister didn’t say whether the Colombian armed forces interrogated Commander Fabian during the 10 days he was treated for his wounds. Moreover, he also didn’t say if the seven other ELN members who were killed during the bombings died immediately or were also taken to nearby hospitals.

Following Molano’s news conference, Colombian President Ivan Duque posted on his Twitter account that Commander Fabian was nothing more than a “narco-terrorist” and “assassin.” In addition, he congratulated the Colombian armed forces for getting the ELN leader “neutralized.”