Last week, Colombia’s center-left presidential candidate Alejandro Gaviria promised that if Colombians elected him as president next year, he would pass a nationwide basic income for those under 30 years. However, far from being something easy to achieve, the truth is that such a measure will be so difficult to execute that it’s almost impossible it could happen.

Despite the legislative branch will probably shut down Alejandro Gaviria’s proposal, it is an undeniable fact this is nothing more than a populist promise in order to get as many votes as possible. Especially in a moment when the latest polls don’t suggest a promising scenario for him. 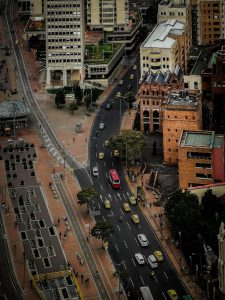 The reason why this is a populist promise is that it’s almost impossible to execute. After all, we’re talking about a third-world nation like Colombia, which is currently living an economic crisis caused by the COVID pandemic’s restrictions. This way, executing a basic income for so many people can only be done by raising taxes. And if we’re talking about a nation that is currently struggling in the economic sector, with almost 50 percent of its population living in poverty, raising taxes in this context is nothing more than the perfect recipe for chaos.

The greatest example of how this could lead to chaos and mayhem is what happened a couple of months ago with the widespread protests that hurt President Ivan Duque and his government. While the protests erupted because of a series of reasons, the main one was a tax reform bill proposed by the Colombian government, which main goal was to subsidize the social programs it created during the COVID pandemic. People claimed it was brutally disrespectful to propose this tax reform in a moment where nearly five million of Colombians fell into poverty.

As you can imagine, different reports and studies revealed that subsidizing this basic income would require a harder tax reform than the one proposed by President Duque. After all, this basic income will cover nearly 13 million young individuals in Colombia, with a monthly payment of $300 to each one of them.

Alejandro Gaviria has been framed as the “moderate” candidate.

From his years as the rector of the University of Los Andes, different media outlets framed Alejandro Gaviria as the moderate figure in the presidential election in case he decided to become a candidate. Now that he is, the same media outlets are now portraying him as a center-left figure whose main goal is to get some votes from radical-leftist candidate Gustavo Petro.

This latest label could be the most accurate, considering the types of policies he has proposed so far, and the good manners of his speech. Of course, he’s part of the antiuribista coalition, but he says his main goal is to seduce not only the center of the country’s political spectrum but also the uribistas that feel disappointed with the current government.

In any case, it seems that things will be difficult for Alejandro Gaviria, considering that the latest polls show his support base remains quite small. However, the presidential elections will be celebrated next year, and it is a fact that everything could happen.

The question that many people ask is whether Gaviria will eventually decide to support Petro in case the former guerrilla member ends up being one of the two final candidates. That will show how “moderate” he really is.