The current presidents of Chile, Ecuador and the Dominican Republic are listed in the Pandora papers investigation into offshore schemes by powerful figures around the world. According to newspaper El Pais, the three most relevant individuals in Latin America who were involved in these shady operations were current Ecuadorean President Guillermo Lasso, current Chilean President Sebastian Piñera, and the current Dominican President Luis Abinader.

Naturally, many believe this situation could be quite damaging for their image considering that every single one of them has been wealthy businessman who always claimed to have done legal businesses. And, of course, while having your money into a fiscal paradise is not illegal, it always looks suspicious.

What the Pandora Papers could mean for Chile’s situation.

In Chile’s case, while Piñera is currently living the last months of his second presidency, it is quite possible that this situation ends up representing a significant element that left-wing presidential candidate Gabriel Boric could capitalize. After all, he has always criticized the way some businessmen in Chile operate, blaming the private sector and “neoliberalism” for what he says it’s a “horrible case of extreme inequality.” 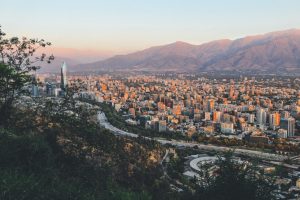 Until this day, different polls show Boric as the favorite to win a presidential election that many believe it could represent a turning point in the Andean nation, because of the way it would bring the first government to exist under a new constitution since the one created by former dictator Augusto Pinochet.

Given this situation, the fact that President Piñera’s name had a significant presence in the Pandora Papers will inevitably hurt his party’s candidate and give more chances to Boric to become the country’s new commander in chief.

What the Pandora Papers could mean for the Dominican Republic’s situation.

The case of Dominican President Luis Abinader is a little bit different since his popularity remains quite stable and the Dominican Republic is not going through a major political crisis that could put the Caribbean Island on the brink of a revolution.

However, his involvement in the offshore schemes revealed in the Pandora Papers could lead to different investigations in the matter. And even when these investigations wouldn’t get him out of office, these could definitely hurt his image in a way that the Dominican Republic’s opposition could capitalize to get some good results in future elections.

What the Pandora Papers could mean for Ecuador’s situation.

Somehow, it can be said that the case of Ecuadorean President Guillermo Lasso is essentially a combination between those of Piñera and Abinader. After all, just as the Dominican leader, Lasso is essentially starting his presidency and this situation represents the first major controversy of his right-wing administration.

However, just like the Chilean case, Ecuador has been experiencing a major economic and political crisis that led to recent widespread protests that many analysts thought it could eventually overthrow former President Lenin Moreno.

Given this situation, if we take into consideration the fact that Lasso is starting to govern a nation with so many issues, it can be said that if the South American country is some kind of powder barrel, President Lasso’s presence in the Pandora Papers could be that spark that blows it all.

Other Latin American figures involved in the Pandora Papers.

Moreover, other relevant figures in Latin American governments that are also listed are Brazil’s Central Bank President Roberto Campos Neto and Economy Minister Paulo Guedes. The case of Guedes is quite delicate considering that he has always been one of the most controversial figures in the government of President Jair Bolsonaro.