Peruvian President Pedro Castillo announced the resignation of his First Minister Guido Bellido Ugarte last week, prompting a massive political crisis that could eventually affect the left-wing government of the socialist leader. After all, the consequence of Bellido’s decision of resigning from this position was that President Castillo’s cabinet also had to resign in order to respect Peruvian laws.

This situation represents a significant blowback for the socialist leader since it’s taking place only two months after getting into office. Peruvian analysts point out this has already been one of the most chaotic first months of any Peruvian president in modern history, to the point where his political project could experience a premature end.

“It’s my duty to inform the country that we accepted the resignation of Prime Minister Guido Bellido Ugarte, who I thank for the services he delivered,” President Castillo said during a televised speech on state-controlled TV network. The socialist leader refused to give any detail about Bellido’s resignation.

During his televised speech, President Castillo also pointed out that the different sectors of the country needed to be united in order to reactive the country’s economy, which has been severely affected after the COVID pandemic and the lockdown measures to contain its spread. “I publicly ask for the biggest unity in order to achieve common goals for this nation. It’s time to put Peru ahead of any ideology,” he said.

Bellido was picked as Peru’s Prime Minister on July 29th in order to command the whole cabinet of President Castillo. This situation represented a major controversy in the Andean nation considering that Bellido was one of the most radical members of President Castillo’s Marxist-Leninist party Peru Libre. Many journalists and political analysts point out that picking Bellido was the main evidence that this new government was going to be the most extremist since the fall of former dictator Alberto Fujimori. 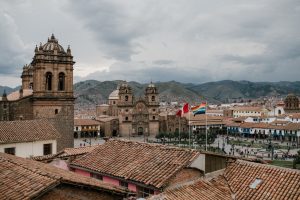 “I want to reiterate my biggest thankfulness and respect for the confidence that President Castillo gave to me and the way I assumed a position I truly believe I developed with decorum,” Bellido said in a statement. He also revealed that he had to take this step since President Castillo asked him to, pointing out that “We don’t know which could be the main reasons, but the President asked me to present a resignation letter and I immediately did it,” Bellido explained.

Far from getting out of politics, Bellido told Peruvian media that he will return to his parliamentary functions at the country’s Congress. While most agree he will push President Castillo’s agenda, some actually think he could probably sabotage it as a way of revenge.

Bellido’s resignation comes a couple of days after the Peruvian Congress, which is mainly controlled by the opposition, decided to open an investigation into his alleged role in terrorist attacks carried by Maoist terrorist organization Sendero Luminoso. It’s quite possible that President Castillo asked him to resign in order to prevent a delicate escalation against a branch that he can’t control.

The biggest evidence of President Castillo’s willingness to prevent a war with the Congress is the fact that he decided to pick Mirtha Vasquez as the new prime minister. After all, she’s part of Peru’s moderate left, and she has expressed her concerns against President Castillo’s radical stance on different issues.

While it is quite possible that Peru’s political crisis keeps escalating after Bellido’s resignation, the decision of picking Vasquez as the new Prime Minister might protect the socialist leader from a political war that could end with him getting out of the presidency. Just like it happened with several Peruvian presidents over the last few years.