An intelligent person once said, “Life is 10% what happens to you and 90% how you choose to react to it” and I couldn’t agree more. I believe this also applies to relationships. You can’t help who you fall in love with, but you must choose to love long term.  Love is not an emotion. It’s a choice and the first rule in love is sacrifice. That goes without saying. Its just a law of nature.

My husband and I have been married over a decade. We have a pretty good relationship and still enjoy spending time together. We actually liked being able to stay home together during the lockdown but sometimes he says some things that really make me wonder. To illustrate my point effectively, I must give you just a little bit of back story.

Who We Are – In a Nutshell

My husband is a macho man, which is part of what attracted me to him in the first place. He’s got really big arms (like Popeye) that are tattooed nearly up to his shoulders. He’s an intelligent man, though not highly book smart and has always worked with his hands because he didn’t go to college. He’s terribly handsome and can be charismatic when it suits him. My husband learned a trade as a young adult and mastered it skillfully.

On the other hand, I am a girly girl with a bit of a rough streak. I grew up on a farm and spent my teenage years modeling, so I don’t think I’m terrible to look at. Although, five children and 25 years have added a little weight. At 130 pounds, I definitely can’t make anymore swimsuit calendars. Even as a young girl I knew my looks wouldn’t last so I went to school to learn physical therapy and got an accounting degree. 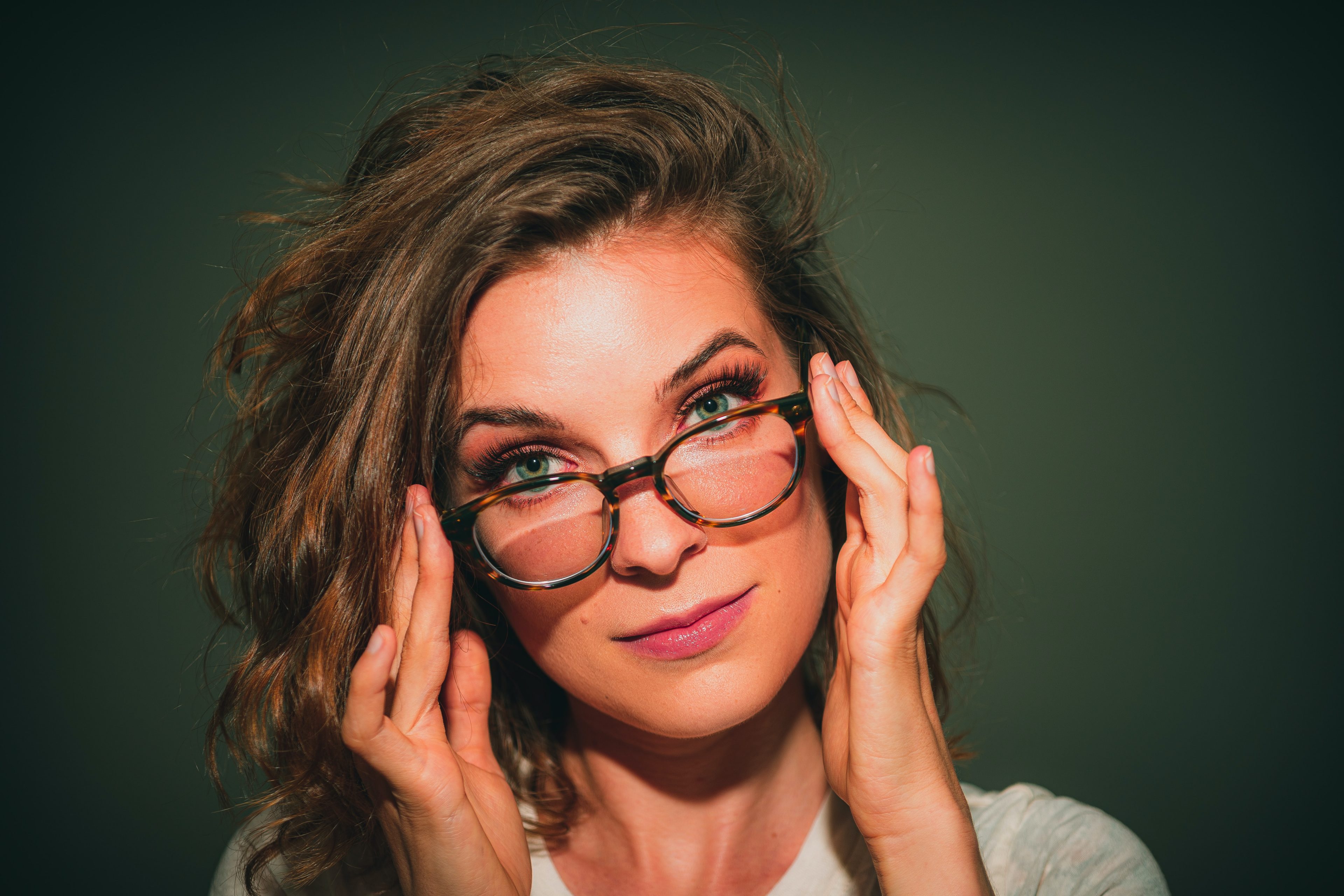 I always thought I was pretty smart – that is, until I got married. My husband and his mother have always said that I’m book smart but beyond that I’m dumb as a box of rocks. That never made sense to me and always kind of hurt my feelings, but I guess everyone is entitled to their own opinion. I just never understood why they’d say it out loud. Deep down inside that’s always been a point of contention for me because I know its not true. I’ve always felt like it was their way of bringing me down to their level to make me more manageable but that’s just my opinion.

Anyhow, the things that come out of his mouth sometimes can be hurtful if I choose to let them be. I don’t even think he realizes it. I’ve tried to talk to him about it in the past, but he just makes fun of me and says I’m being petty. I mean he’ll really ride me about it. He makes fun of me for days, probably to ensure I’ll never say anything else about it.

So, I’ve learned to just keep my mouth shut. Instead of being conscious of the way he makes me feel sometimes, he makes it my responsibility not to be offended. I’m used to doing that in the corporate world but not at home. I always assumed my husband would value and cherish me. I guess as a woman we all want to be put on a pedestal by our significant other.

So, we’re lying in bed one night watching a news story and the anchor had two female guest speakers. They did a split screen shot of the two lady guests, side by side as they were being interviewed. Suddenly, my husband blurted out, “That’s’ really unfair of them to put those two women next to each other like that. Look how beautiful the one of the right is. She just makes the other one look bad.” Now, one of the guests was in fact gorgeous. On a scale of 1-10, she was probably a 10 and I don’t deny that. I just felt like it was a terrible thing to say in general and it felt a little disrespectful to me.

Truth be told, it did hurt my feelings a little. I’ve never expected him not to notice or not to look at other women. Its only natural. I know it happens and I don’t expect it not to. The thing is that I don’t really think I want to hear about it and I’m not sure what makes him feel like its okay to tell me. If he judges other women that harshly, what does he really think of me? As I lay there drifting off to sleep, I decided it wasn’t worth my time and it certainly wasn’t worth bickering about. I put it out of my mind on my way to dreamland.

The alarm clock went off at 5:30 sharp and I drug myself out of bed to make his breakfast. He likes to get up and watch the news before work while he eats. This particular morning, they were talking about the confirmation hearings and interviewed a student of Amy Coney Barrett’s.

Apparently, she’ll be working as an assistant, or clerking, for one of the sitting Supreme Court Justices. She’s a very pretty young lady in her early twenties and obviously very smart with an already impressive resume. She seems like she really has her act together and I remember thinking about how proud her family must be. I was proud of her, and I’ve never met her.

About that time, my husband popped off with this statement: “If I was around someone smart like that all the time, I’d feel like an idiot, but it would probably lift me up higher. I’d have to take a daily smart pill or something.” My first thought was that he needs it worse than he thinks.

In an instant, it became painfully clear to me that he really doesn’t think very much of me. Obviously, my husband thinks he’s smarter than me. That’s alright because it isn’t hurtful, and he can think whatever he wants. What did some emotional damage was when I realized he really does think I’m stupid. 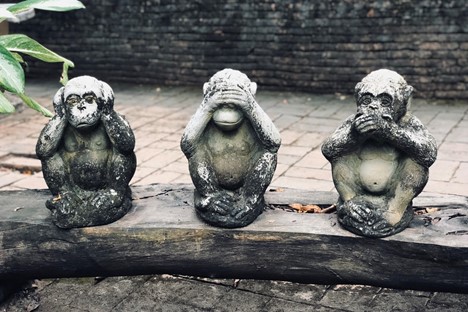 All those times he and his mother said it out loud, I dismissed it as teasing. I never realized they were actually serious and flaunting it directly in my face – right in front of everyone. They’ve said it in front of my children and extended family during the holidays when we’re all together. I’ve always dismissed it or laughed it off, telling myself they weren’t intentionally being malicious. I tell my twelve-year-old daughter that it just makes them feel better about themselves and it probably does.

What I’ve learned is that he definitely doesn’t cherish me as I’d always hoped he would, but I can’t change that. As I digest all of this, I am deciding how I’m going to feel about it. Feelings are fickle and I refuse to let them dictate my behavior. Yes, my feelings are hurt. No, I don’t think he’s right. What I think is that my husband wants to be highly intelligent, and he doesn’t always think before he speaks. That seems pretty obvious.

I could try to talk to him about it, but I don’t see it making a difference. I’d probably get even more frustrated when he ridicules me and doesn’t take me seriously – again! Instead, I’ll look for the good in the situation even if I have to convince myself. I’ll assume he also thinks I’m beautiful and that’s why he married me. I’ll further assume that he chose to marry me so that I could mentally lift him up higher. After all, I did tutor him until he was able to pass his GED a few years ago.

On those crisp, cold rainy mornings when nobody wants to get out of bed or leave the house, I can stay at home in my fuzzy slippers and do my thing. He’s the one that has to get dressed and drive to the factory. Karma’s a bitch. It may be wrong of me to feel this way, but it does give me some satisfaction. I just don’t typically say it out loud.

I teach my daughter that when she really wants something from her father, she can probably get it if it’s actually important. She’s just got to make him think its his idea because he’s an alfa male and a tad bit selfish. I know that’s terrible, but it is what it is. In the meantime, I’m still choosing to love him.

Love is a commitment, not an emotion. Those warm fuzzy feelings come easily in the beginning of a relationship, but they tend to wear off. Early in a relationship everyone is on their best behavior. As people mature and age into the relationship, they become complacent. I think people stop trying to impress each other when they get comfortable. That’s when you hear things like “we just grew apart.” That little phrase is code for “we just stopped trying” and I refuse to go there.

In the end, I think its vital to ensure our relationship is a safe place for him to express his feelings without fear of retribution. I hope that someday he’ll reciprocate that for me, but I think I have to show him how first. Experience is the best teacher and I’m choosing to lead by example.

I probably will talk to him about it when the time is right but not any time soon. Right now, it’s still too raw and emotionally charged. I can’t change the things he says, and I don’t want to fight. I can, however, choose how I perceive those things and how I decide to let them affect me.