Do Americans have any expectation of privacy if they use the internet? The reality is, probably not. Point in case is the article The Inevitable Weaponization of App Data Is Here, which describes how”. . . the Catholic Substack publication The Pillar said it used location data ultimately tied to Grindr to trace the movements of a priest, and then outed him publicly as potentially gay without his consent.”

The priest in question, Monsignor Jeffrey Burrill, was the general secretary of the U.S. Conference of Catholic Bishops (USCCB), a position that coordinates all administrative work and planning for the conference, which is the country’s network for Catholic bishops. Burrill’s forcing his resignation. According to the Washington Post, USCCB officials found “impending media reports alleging possible improper behavior” and “. . . to avoid becoming a distraction to the operations and ongoing work of the Conference, Monsignor has resigned effective immediately.”

The Washington Post also reports “. . .it appears Grindr collected sensitive information and passed it along to third parties, who might in turn have passed it to other parties, until eventually it landed in the hands of a data broker: one of many companies that vacuum up personal data and spit it back out to customers. (Grindr disputes that it is the source of the data.).”

According to the Electronic Frontier Foundation (EFF), formed in “response to a basic threat to speech and privacy,” this is not the first time Grindr has been accused of selling data to third parties. EFF reports, “The Norwegian Consumer Council singled it out in its 2020 ‘Out of Control’ report before the Norwegian Data Protection Authority fined Grindr earlier this year. At the time, it specifically warning that the app’s data-mining practices could put users at serious risk in places where homosexuality is illegal.”

These data brokers just about guarantee that Burrill is not the only victim, because these companies seem to lie in a vast digital wasteland that is unseen to most, and as a result, is not very well regulated. The Huffington Post characterizes them as “. . .murky intermediaries track all aspects of our lives and sell the data to any number of marketers and advertising firms, who may then re-sell it to other parties as well. The government doesn’t regulate these brokers, and it’s unclear how secure they are from hackers.”

And make no mistake about it, this is not just an issue for gay people. These data brokers amass an incredible amount and variety of information about everyone who uses apps.

As reported by Chief Security Officers magazine, data brokers “. . .collect and sell information to marketers on everything from your marital status, whether you might be pregnant or have a newborn, have cancer, are trying to lose weight, are gay or straight, how much you make, what credit cards you use, your lines of credit, where you live, what your house cost, what kind of car you drive or if you might be looking to buy a new one, your race, occupation, political leanings, education level, have one or more children in college, have pets to what your hobbies are and more — much more.”

And as pernicious as these data brokers are, they are merely part of a wider web that dilutes the privacy of United States citizens on a daily basis. Whether using a laptop or more commonly our smartphones, we are continuously monitored and tracked.

Bruce Schneier, a fellow with the Berkman Klein Center for Internet & Society and the Belfer Center for Science and International Affairs at Harvard Kennedy School puts it in stark terms: “Surveillance is the business model of the internet. Everyone is under constant surveillance by many companies, ranging from social networks like Facebook to cellphone providers. This data is collected, compiled, analyzed, and used to try to sell us stuff. Personalized advertising is how these companies make money, and is why so much of the internet is free to users. We’re the product, not the customer.”

Of course, no discussion about privacy, or lack thereof, can take palace without talking about Google, the mother of all data miners. As U.S News and World Report points out, “Google can and does monitor people – perhaps upwards of 90 percent of Internet users worldwide – whether they use a Google product or not, and most people have no idea they’re being monitored.” Schneier agrees, saying, “Google knows quite a lot about all of us. No one ever lies to a search engine. I used to say that Google knows more about me than my wife does, but that doesn’t go far enough. Google knows me even better, because Google has perfect memory in a way that people don’t.”

Ultimately, these issues are so grand and pervasive in scope, we need comprehensive legislation to deal with them. As the Brookings Institution states, “More and more data about each of us is being generated faster and faster from more and more devices, and we can’t keep up. It’s a losing game both for individuals and for our legal system. If we don’t change the rules of the [privacy] game soon, it will turn into a losing game for our economy and society.” The bottom line is that if the rules are not changed we are all potentially the next Burrill. The bottom line is that if we don’t act now, privacy could become a pastime. 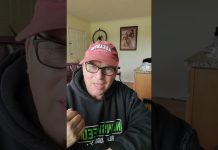 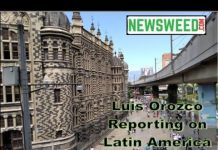 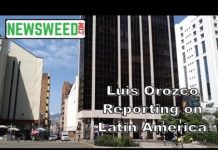 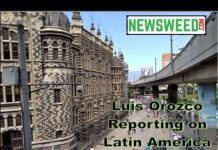 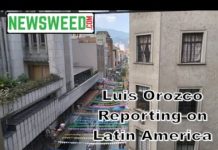