It’s all around you, but you can’t see it. It hypothetically composes theoretically 85% of our universe, even though we can’t directly detect it. It is composed of esoteric building blocks, such as axion-like particles, primordial black holes, and sterile neutrinos, among others. It surrounds us, even though its presence is undetectable to our naked eye, though its impact is likely immeasurable, at least by current instruments.

As astronomy.com puts it, “Its invisible particles swarm and stream and slam through the whole cosmos. It affects how stars move within galaxies, how galaxies tug on each other, and how all that matter clumped together in the first place. It is to the cosmos like air is to humans: ubiquitous, necessary, unseen but felt.”

It’s dark matter. And it looks as though we scientists may have stumbled upon more evidence that it actually exists, not in the deep reaches of space, but right here, on planet earth.

According to inverse.com, “researchers claim that hints of dark energy were detected at the Gran Sasso National Laboratory in Italy during an experiment designed to detect dark matter.”

Past discoveries of dark matter occurred through the assiduous observations of the physics of deep space and were based initially on the rotation curve of the Andromeda galaxy. In the early 1900s, two astronomers, Max Wolf and Vesto Slipher made an odd observation. As Forbes notes, “When Max Wolf and Vesto Slipher measured the rotation curve of the Andromeda galaxy, they found it was basically flat, meaning that stars moved at the same speed regardless of their distance from galactic center. One solution to this mystery was that Andromeda is surrounded by a halo of dark matter so that its mass is not concentrated in the center.”

In 1933, Swiss astronomer Fritz Zwicky of the California Institute of Technology noted “a discrepancy between the mass of visible matter and the calculated mass of a galaxy cluster called the Cosizema cluster.” In fact, Zwicky discovered that the galaxy cluster had approximately 400 more mass than he could account for by traditional measurements, thus indicating other hidden matter at work. Zwicky is credited with naming this invisible mass “dark matter.”

Then, In the mid-1970s, astrophysicists Vera Rubin and Kent Ford discovered something out place in their observations of spiral galaxies. As the American Museum of Natural History reports, “The stars far from the centers of galaxies, in the sparsely populated outer regions, were moving just as fast as those closer in. This was odd, because the visible mass of a galaxy does not have enough gravity to hold such rapidly moving stars in orbit. It followed that there had to be a tremendous amount of unseen matter in the outer regions of galaxies where the visible stars are relatively few.”

Both Wolf’s and Slipehr’s as well as Rubin’s and Kent’s work pointed in the same direction: Namely, there had to be a force that kept the stars together, hence the formulation of “dark matter.” As Rubin famously said, “What you see in a spiral galaxy is not what you get.”

Flash forward nearly 40 years later, and another piece of the dark matter puzzle may be within our reach, thanks to the efforts of the team at Gran Sasso National Laboratory, where the scientists “looked at data from the XENON1T, an experiment designed to detect rare interactions between hypothetical dark matter particles and components of the noble gas xenon held in a special detector.”

Located in the Gran Sasso National Laboratory in Italy, the XENON1T is a state-of-the-art laboratory for detecting evidence of dark matter.Specifically, XENON1T works by detecting Weakly Interacting Massive Particles (WIMPs). To detect the WIMPs, the scientist at utilized xenon because of it sensitivity to WIMPs. As phys.org explains, “The XENON1T detector was filled with 3.2 tons of ultra-pure liquefied xenon, 2.0 t[ons] of which served as a target for particle interactions. When a particle crosses the target, it can generate tiny signals of light and free electrons from a xenon atom. Most of these interactions occur from particles that are known to exist. Scientists therefore carefully estimated the number of background events in XENON1T. When data of XENON1T were compared to known backgrounds, a surprising excess of 53 events over the expected 232 events was observed.”

The upshot is that scientists could not account for the excess interactions, or events, lending plausibility to the theory that dark matter was at play, thereby echoing Rubin’s statement about “what you see  . . . is not what you get.”

Yet, as significant as this observation was, it is far from definitive proof of the existence of dark matter. As Jeremy Sakstein, one of the authors of the publication about this discovery at XENON1T stated, “There are other explanations for this signal as well, we don’t know whether it’s just a statistical anomaly.”

One of those possibilities is the presence of tritium, a rare and radioactive isotope of hydrogen. There are only a few sources of tritium. The Environmental Protection Agency states that “Today, sources of tritium include commercial nuclear reactors and research reactors, and government weapons production plants” and that  “steam from these facilities or may leak into the underlying soil and groundwater.” And as phys.org points out, “Only a few tritium atoms for every 1025 (10,000,000,000,000,000,000,000,000!) xenon atoms would be needed to explain the excess. Currently, there are no independent measurements that can confirm or disprove the presence of tritium at that level in the detector, so a definitive answer to this explanation is not yet possible.”

However, as University of California, Berkeley astronomer Alexei Filippenko, reminds us, “If it’s true, it’s a stunning discovery.” Filippenko has an open mind regarding the mystery swirling around the possibility of dark matter and its profound influence on the cosmos, saying, “No one really knows what dark energy is; it’s a generic term we have for this substance or energy that’s causing this strange behavior in the universe. We thought the universe would be slowing down due to the attractive force of gravity. Instead, we found that a repulsive force – dark energy – is causing the universe’s expansion to speed up with time. This was completely unanticipated and makes dark energy all the more fascinating!”

Ultimately, there is a sort of irony afoot in the mysterious and seeming elusive world of dark matter. Filippenko frames it this way: “It’s the dominant stuff of the universe, and we don’t know what it is! That’s kind of disturbing.” Yet, it is Rubin, who argues, “Science progresses best when observations force us to alter our preconceptions,” that prompts us to keep an enigmatic perspective. It is this perspective that will hopefully lead to the definitive proof that there is more to the universe than can be seen. 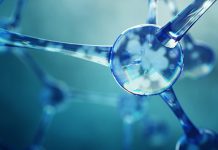 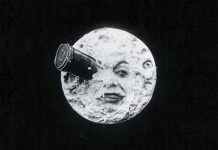 Incredible New Evidence for Alien Life: The Power of ALMA 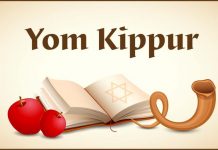