The Colombian government decided to deploy troops at the Venezuelan border, following a report from the commander of Colombia’s armed forces General Luis Fernando Navarro, who revealed that almost 2,000 fighters that belong to Marxist terrorist groups FARC and ELN, along with other Colombian criminal groups are operating from the neighboring country.

The troops that are going to be on the border are a new commando that will be part of Colombia’s national army. President Ivan Duque said during a press conference that people who are going to be part of this commando will be the most efficient militaries in the country, pointing out that their main mission will be to dismantle drug trafficking and criminal structures that operate in this zone.

General Navarro said in a statement that the most dangerous element about this situation is that FARC dissidents that operate in Venezuela will be able to “freely” plan terrorist operations against Colombia from the neighboring country. Of course, this statement was quite surprising considering that the Colombian government has proved that the Venezuelan regime grants protection to the Colombian terrorist group, but it never provided an official figure for the number of FARC members that are operating in Venezuela. 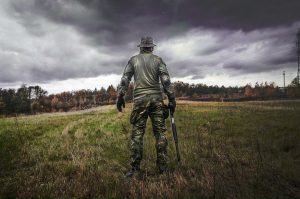 “In total in the (Venezuelan) states of Zulia, Tachira, Apure and Amazonas, we calculate there could be between 1,100 and 1,200 criminals from the ELN and some 700 from the FARC dissidents. It’s a factor of instability that the strategic rearguard of these structures is in Venezuelan border states. This obviously makes it difficult to combat them,” General Navarro said, adding that the armed forces of Venezuela don’t pursue any of these terrorists.

Over the last few months, different investigations have revealed the relationship between the Venezuelan regime and the terrorist groups. Allegedly, the socialist dictatorship of Nicolas Maduro grants safe harbor to the ELN and FARC members, allowing cocaine trafficking in exchange for a significant portion of the profits.

Another shocking detail that General Navarro revealed was that both terrorist groups have been capitalizing the Venezuelan refugee crisis by increasing their military force with Venezuelans. He explained that the ELN currently has 180 on their ranks, while FARC has 80.

General Navarro also pointed out this situation took place right after the peace accords between FARC and the Colombian state with former President Juan Manuel Santos. After all, while the terrorist group fully demobilized, many of its members decided to break the peace deal to create a dissident faction that would continue its terrorist and guerrilla operations.

During this public address, President Duque pointed out that the special commando would have a presence on the Venezuelan border with Colombia’s Norte de Santander. He explained that illegal operations have increased in that part of Colombia, and pointed out that the government will offer monetary rewards for citizens that provide information about the criminal bands.

A war between Colombia and Venezuela?

But getting to this point, the main question is it possible a war between both countries?

While it is difficult to believe such a major outcome could take place anytime soon, the truth is that an armed conflict is not off the table. After all, Venezuela represents a significant threat for the Colombian state considering that the socialist regime protects the two biggest terrorist groups in the history of Colombia.

Naturally, both nations have avoided any type of military action against each other, even during the period of former leaders Hugo Chavez and Alvaro Uribe. However, the geopolitical situation of both nations is quite different, considering that Venezuela fell into such an unprecedented crisis that many believe it could eventually affect Colombia.

On this point, Colombia’s presidential election could provide some answers, considering that Gustavo petro, who is currently the favorite figure to become the new president, will be a potential ally of Venezuela if wins the elections. However, even if the most vocal uribista wins, it would be difficult to see a war between both nations since the Colombian government won’t make such a move without the approval of the United States, which remains its most important ally.