Twelve players of Cuba’s U-23 baseball National team decided to desert in Mexico, making the world remember the worst episodes of the Cuban crisis, with many of its citizens and especially sports players doing whatever it takes to leave the island.

While the case of MMA figure Yoel Romero was quite famous a couple of years ago, there haven’t been massive desertions of Cuban athletes since a while ago. And even when former President Barack Obama’s cessation of the wet feet, dry feet policy had a lot to do with this situation, there has been a lot of competitions and international events where Cuban figures could have deserted and they didn’t do it.

The event in question where these massive desertions happened again was the third edition of the U-23 Baseball World Cup, which was celebrated in Mexico. Cuba was one of the main favorites to win the competition, but failed to show a decent performance to the point where the island’s national team lost against Colombia, which most analysts agreed it was one of the weakest teams.

As reported by different media outlets, the most notorious cases of desertion came from Miguel Antonio González, Brian Chi, Luis Dannys Morales, Ubert Mejías, Dariel Fernández, Yeiniel Zayas, Loidel Rodríguez, Reinaldo Lazaga and Dismany Palacios. In addition, what made this situation so historic is that it represents the biggest desertion case in the history of Cuba’s baseball in any event it had participated.

The most infamous detail about this whole situation is the fact that state-controlled Cuban media blasted the players who decided to desert, calling them “imperialist” and claiming that they had “no reason” to “abandon their homeland.” Of course, far from being the first time something like this happens, the truth is that the Cuban regime’s propaganda apparatus has always emitted these types of messages every time someone from the island decides to desert or criticize the horrible conditions that people have to suffer. 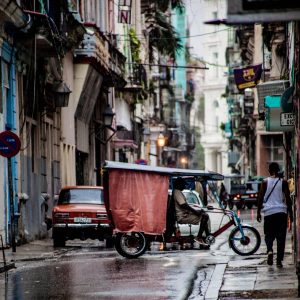 In addition to this message, Cuba’s National Institute of Sports, Physical Education and Recreation (INDER) stated in a public address that the baseball players who decided to desert didn’t represent the island since they “clearly presented a moral and ethical weakness.”

Naturally, this case is a major blow to the Cuban regime considering that, on different sports disciplines such as baseball, those who can represent the country’s national team are those who have shown to be more loyal to the communist regime. Of course, this has always prompted a lot of criticism from different sports institutions around the world, which claim that people should be chosen because of their talent instead of their political affiliations.

What’s even worse is that the chosen sports players who are going to represent Cuba have to be always accompanied by regime’s agents. This is to prevent that the players eventually decide to desert, representing a horrible situation that clearly highlights the type of tyranny that the Cuban people have been suffering for nearly seven decades.

The reason behind the latest massive desertion is actually quite easy: the oppression that the Cuban people keep suffering from the communist regime. After all, the left-wing dictatorship of Miguel Diaz-Canel keeps monitoring all aspects of the Cuban society and hasn’t applied any type of moderate or democratic policies as many people hoped.

In addition to this issue, the COVID pandemic and the lockdown restrictions to contain its spread has severely affected the already damaged Cuba’s economy. In fact, many analysts believe that the island could be about to experience another “Periodo Especial,” which was the name that the Cuban regime used to label the period that came right after the dissolution of the Soviet Union and the widespread crisis that the island suffers, including massive cases of famine.