Does Subaru have a new eyesight issue?

March 31, 2021, New Jersey, Newsweed.com is looking into and working with Subaru America to determine if recent reports on a particular model of Subaru luxury vehicle is a major safety issue. Subaru America has asked Newsweed.com to refrain from reporting specifics until all details of the incident have been researched. There have been recorded incidents of eyesight failure in a model of the Ascent.

Newsweed.com has not been informed by Subaru America that there is anything related to the video below. Reports have surfaced that Dashboard communication happens when eyesight safety fails. Newsweed.com has an audience that are outdoor enthusiasts and a good percentage of the readers drive Subarus. Newsweed.com is seeking to find out who the supplier of the eyesight module is for Subaru. New technology may give a false sense of safety since eyesight technology is supposed to automatically brake. Accident prevention technology is the newest smart technology available. There is a notable so-called war between camera technology for eyesight as Tesla uses and newer laser technology developed by companies like Microvision Inc. of Washington State.

Microvision has recently jumped in price on the Nasdaq stock market after it is suspected that Microsoft is using its mems sensors. The Pentagon awarded Microsoft a 28 billion dollar contract for Hololens 2 AR/VR goggles. So what. Well, Microvision also has created a laser technology using the mems mirror and sensors that can detect vehicles or obstacles at a much farther distance and millions of points.

We need to mention that the failure of Eyesight technology might be the problem. Perhaps Subaru needs to re-evaluate the camera-based eyesight technology. These problems with the Subaru eyesight may actually be the highlighted problem that leads to even safer vehicles by use of laser technology or a combination of laser and camera.

The ongoing debate among self-driving car industry experts is whether LiDAR (Light Detection and Ranging) or cameras are the most adequate for SAE Level 4 and Level 5 driving. The argument is whether or not to use LiDAR with camera systems, or just use camera systems without the LiDAR. LiDAR’s proponents include Waymo, Cruise, Uber, and Velodyne. Tesla has been the least supportive of LiDAR, in favor of camera systems. Which is the best solution? The answer is which is better at identifying objects and recognizing them. Self-driving cars need to have a way to identify what it sees on the road. Is one better than the other?

MicroVision stock skyrocketed as much as 50% on Thursday after the company announced it has made significant progress on its patented Lidar technology for autonomous vehicles.

MicroVision said it received the necessary components and equipment to meet its April milestone of completing A-Samples of its Long-Range Lidar (LRL) Sensor and it started outdoor testing of key performance features on its development platform.

“We expect MicroVision’s Long-Range Lidar Sensor, (LRL Sensor) which has been in development for over two years, to meet or exceed requirements established by OEMs for autonomous safety and autonomous driving features,” said Sumit Sharma, Chief Executive Officer of MicroVision.

MicroVision’s stock has gained 1,225% in the last six months and over 3,000% throughout the past year. The rapid rise in share prices for a company that doesn’t produce any significant revenues caused short-sellers to take notice.

“It has risen 5,000% from lows this year on misguided retail euphoria over its LiDAR IP portfolio amid a broad EV bubble,” Hindenburg continued. “No one buys patents these days for any real money unless the patents have been put through the test of at least an IPR, our IP attorney told us.”

MicroVision claims its Lidar sensors are some of the best, most scalable products in the industry.

Read more: BlackRock says investors haven’t fully priced in the structural changes brought about by the pandemic – and pinpoints 2 areas of the market that can still run for years

“We expect the capability of our LRL Sensor to meet or exceed OEM requirements, based on technology we have scaled multiple times over the last decade, as being a very strong strategic advantage,” Sharma said.

“Additionally, our sensor being designed on scalable silicon wafer and laser diode technologies will be capable of achieving scale at costs below $1,000 ASP, a key price point expected for commercial success,” added Sharma CEO

Who makes eyesight for Subaru?

We are always seeking great journalists at newsweed.com. Become a journalist to report real life issues. 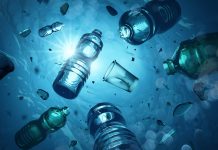 Micro-Plastic, Enzymes, and Beer-Oh my! 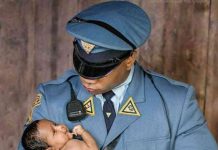 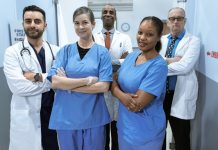 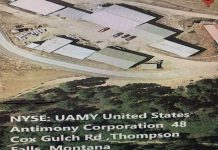 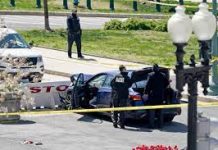