The Inter-American Court of Human Rights ruled that the Colombian state was responsible for the kidnap, torture and rape of Colombian journalist Jineth Bedoya in the year 2000. The situation took place during the right-wing administration of former President Andres Pastrana, who was known for having a controversial stance against crime and especially against Marxist terrorist groups FARC and ELN in the country.

In addition, the institution ordered the Colombian government to conduct an in-depth probe in order to determine what exactly happened and punish and prosecute the people who were responsible. Also, it ordered the government of President Ivan Duque to protect all female journalists in Colombia by different types of measures including the investment in public programs that aim to support them.

The Committee to Protect Journalists celebrated the Inter-American Court of Human Rights’ ruling, pointing out that every type of negligence and participation of the Colombian state in violent acts should be fully condemned. Moreover, it claimed that what Bedoya had to suffer shouldn’t be experienced by anyone.

“The Inter-American Court’s ruling is a historic acknowledgment of the deadly dangers that Colombia’s female journalists face and a recognition of Jineth Bedoya’s brave, tireless quest for justice,” CPJ Latin America and the Caribbean Program Coordinator Natalia Southwick said in a statement, pointing out that the armed conflict that the South American nation has been experiencing over the last few decades has been quite deadly for female Colombian journalists.

Moreover, Southwick explained in the statement that “The Colombian government has for years refused to acknowledge or make any type of amending for its responsibility in this case. It is past time for authorities to follow the steps laid out by the court to provide reparations to journalist Jineth Bedoya and work to make Colombia a less dangerous place for women journalists.”

The absolute hell that Jineth Bedoya suffered began in the year 2000, when she was a reporter for Colombian newspaper El Espectador. On May 25th, Bedoya was kidnapped outside a prison in Colombian capital Bogota, where she was going to interview a prominent member of one of Colombia’s most powerful paramilitary groups at that moment. 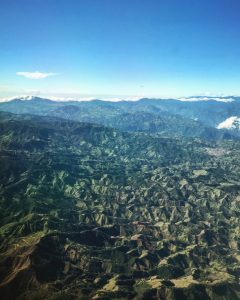 According to Colombia’s attorney general’s office, she was driven to a nearby city, where she was brutally raped and beaten. The men who committed these acts against Bedoya were members of the same paramilitary group. The CPJ documented that different courts in the South American nations sentenced three of her attackers to prison. It also documented that the court asked prosecutors to investigate whether higher-ranking officials were involved in what happened to Bedoya or not.

According to El Espectador, the Inter-American Court on Human Rights decided to bring the case against the Colombian state to the court two years ago. This situation took place after it discovered that the Colombian state failed to comply with different recommendations that the institution issued in January 2019, to determine every single detail about the case and provide Bedoya the proper protection against future threats from criminal groups.

The newspaper also pointed out that the Colombian state’s legal team withdrew from the hearing two months later, after requesting the recusal of five of the six judges that were overseeing Bedoya’s case. Apparently, the legal team cited “lack of objectivity” and political bias in the questioning of Bedoya’s case.

After the ruling against the Colombian state, President Ivan Duque wrote on his Twitter account that his government would “fully comply” with the decision, claiming that what Bedoya suffered should never happen again. Many believe it remains unclear whether President Duque could take significant actions on this matter, considering that he’s on the last months of his presidency.