I remember growing up and using the code 420 in front of my parents, teachers, and other authoritarian figures, snickering to myself at the inside joke. Although in hindsight both my parents smoked so I’m not sure why they didn’t know what I was talking about, maybe they were too high? But where did it all begin? 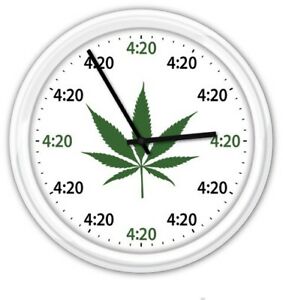 I was skeptical at first, but it seems legit, 420 can be traced back to a small group of teens that coined the term as, you guessed it, a code to talk about their marijuana-related activities. The Waldo’s, from San Rafael High School, have the proof too.

“We would remind each other in the hallways we were supposed to meet up at 420. It originally started out 420-Louis and we eventually dropped the Louis,” Waldo Steve tells the Huffington Post.

As the story goes the group of friends received some intel that a coast guard member had some plants in woods near the Point Reyes Peninsula Coast Guard station that he couldn’t take care of anymore. So after school at 4:20 they would meet, get blazed, and meander thru the woods in search of the hidden stash. “We did it week after week,” says Steve. “We never actually found the patch.”

As far as the proof they have all sorts of letters and stuff that are postmarked, and some sort of old tattered 420 flag from back then. More importantly, they got the street cred. That comes in the form of how it got spread to weed smokers worldwide.

It just so happens that the original members of the Waldo’s have ties to The Grateful Dead. Mark, one of the original members, his father used to manage the Dead’s real estate. Another one of the member’s older brother was friends with the bass player, Paul Lesh. Naturally, they found themselves backstage saying 4:20 this, and 4:20 that, and the rest is history.

I happen to think the phenomena that is 420 is awesome. People will tell you it means all sorts of stuff, like it’s the number of active cannabinoids in weed, or something to do with Hitler’s birthday(yes it is the fuhrer’s b-day). One of the most common theories is that it’s a penal code that has to do with marijuana. It results in street signs being stolen or vandalized worldwide, and broken clocks always seem to stop at that time(hmmm). It has become an internationally recognized, if unofficial, holiday for potheads everywhere. If you’re like me you probably have some fond memories of 420 day. April 20, 2021 will be one to be remembered though, because it just so happens to also be Taco Tuesday.

Strain of the Day: Gelato 45

Trainwreck Strain – Is It Good For Anxiety