So what I love about just chilling out watching movies these days is that I always find all the related movies too. In the last Godzilla movie I watched I was hardly impressed, ’98, so I kinda gave up on the series. As far as Kong movies go “Skull Island” was, eh, ok. Yet I frequent the coming soon section of all the streaming platforms for all the new good stuff and when I saw Godzilla vs. Kong on HBO max I knew that I had to give them another chance. Apparently, there was a simultaneous release in the movie theater as well. This was definitely the type of big action movie that would have been great to see on the big screen or even I-max. Do they even have those anymore? What a shame that would have been terrific. 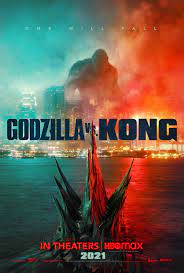 I have to start here because as I mentioned above the last Godzilla flick I saw was the 1998 atrocity. Since then they have come out with some pretty decent Godzilla movies. In my ridiculous fashion I had to go back and watch them all. “Godzilla, King of the Monsters” rocked! It was actually probably better than vs. Kong. Its predecessor in 2014 wasn’t too bad either. If you’re anything like me I recommend going back and watching the most recent trilogy, I don’t think you’ll be disappointed.

In this movie it has already been established that Godzilla is the badass on the block, but King Kong was conveniently nowhere to be found in “King of the Monsters” so this showdown must have been in conception back then I’d say. I’m not gonna throw any spoilers at you, but you get some special guest appearances from some other monsters too, which is super cool in my book. As far as the humans go, Kyle Chandler stars again. Nothing for nothing I’m a fan, “Bloodline” was a damn good show. The rest of the cast is pretty good too, but let’s be honest here, we’re not watching a monster movie because we’re looking for a Tom Hanks “Saving Private Ryan” performance. I just want to see Godzilla and King Kong beat the crap out of each other and that’s exactly what you get so I say “Bravissimo!”, job well done. If you’re looking for a new good movie to smoke a J to or not this is it. 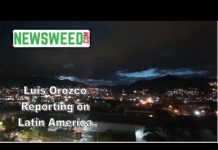 Russia plans to put troops in Cuba and Venezuela

Cuban dictatorship plans to sentence 66 innocents, including minors to years in prison