Naturally, we’re talking about a pretty delicate accusation considering that the collusion between a government and criminal gangs has been the common denominator in Central American nations over the last few years. Of course, the case of the Salvadoran government could be considered worse if we remember that, during his presidential campaign, Bukele promised to tackle down crime and reduce the homicide numbers in the Central American nation.

So, basically, we could be talking about a Latin American leader that in order to solve the criminality problem in his country, he decided to negotiate with the worst types of criminals. After all, different reports from Salvadoran newspaper El Faro revealed that the controversial president was negotiating with gang leaders during the first year of his presidency. The Biden administration’s latest accusation confirms everything. However, it is quite unlikely that this controversy could severely affect his popularity numbers.

Who were the Salvadoran government’s members involved?

In a statement, the US Treasury Department announced it was imposing sanctions on El Salvador’s Vice Minister of Justice Osiris Luna and the director of the country’s prison system Carlos Amilcar. The Treasury Department pointed out that these members of the Salvadoran government played a pivotal role in the negotiations with the leaders of MS-13 and many other criminal gangs. 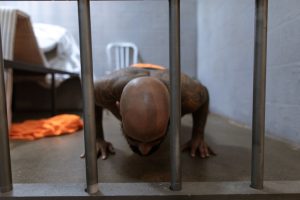 Moreover, the Biden administration explained that both Luna and Amilcar were the ones who organized meetings with gang leaders. Apparently, Amilcar’s role was quite important since each of the meetings was made inside different jails all across the Central American nations, considering that each of the leaders the Salvadoran government met with are jailed.

In addition to these details, the most delicate accusation made by the Tre3asury Department against the Salvadoran government was that this faction provided “financial incentives” to the gang leaders. Basically, this suggests that the government of President Nayib Bukele paid an undetermined amount of money to the worst criminal organizations in El Salvador in order to buy fewer killings in the country so he could show positive numbers. What’s even worse is that his government also paid these gangs to vote for his party in the upcoming midterm elections.

While it’s too soon to make any type of speculation, the truth is that many political analysts are wondering whether this situation could lead to President Bukele deciding to seek China as El Salvador’s main ally. This case would represent an absolute turning point in Central America and especially in the United States’ influence in this region.